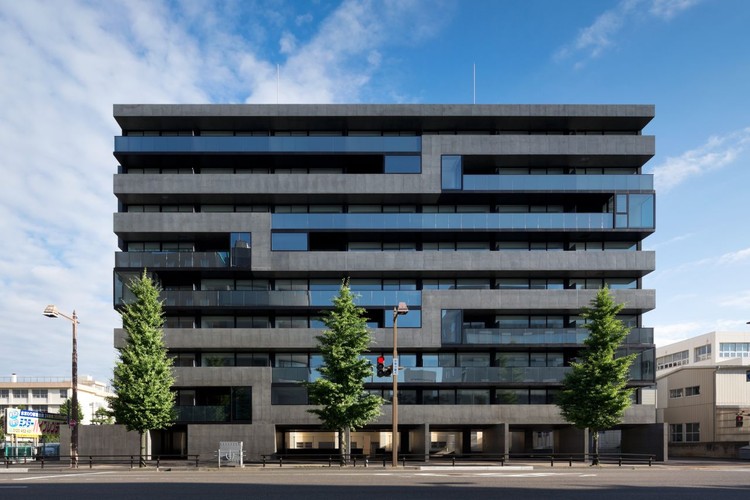 Text description provided by the architects. Noh, a traditional, Japanese performance art, serves as the main inspiration for the architectural concept. The performance of Noh is heavily reliant upon the use of delicately carved masks. Although at first these masks may appear to present a neutral expression they are formed in such a way as to convey a broad emotional spectrum. Through subtle changes in the actor’s movement and variances in lighting the masks are brought to life. A similar dialogue exists between built form and seasonal and daily changes to the sun’s altitude, weather patterns and fluctuations in atmospheric conditions. This temporal cycle conspires to continuously transform and direct light and shadows, generating a form of architectural expression.

This is a 56 dwelling housing complex located in Niigata, Japan. It sits along a main road, close to the central station and at the end of a busy T-junction. Due to its scale Niigata is a typical motorized society. It lacks a metro system and therefore private vehicles are a prevalent mode of transport. In response, we utilised piloti as a means to maximise the number of parking spaces. The piloti serve a dual purpose; not only adopted by the architectural plan they also contribute to the structural stability of the building.

The configuration of the facade has not been informed by arbitrary decisions but instead determined by the efficiency and practicality of evacuation routes, service piping and to allow for re-use of the formwork, amongst other requirements. The glass, chosen for its thermal properties, reflects the surrounding cityscape and integrates the façade within its environment. The virtual sky, reflected on the glass, creates a sensation of depth and porosity. Combined with the open ground floor this affects the perception of the building’s volume, its mass is reduced as it balances on the slender piloti.

Typically masks cover the entire face to conceal ones personality, to transform oneself into someone else. However, in Noh, masks only partially cover the face thus revealing the jaw of a living man. This human aspect is permitted to further express the age, personality and sensibility of the actors. In this fashion, the architectural facade exudes the lives of its inhabitants; it is animated by the chaos living within its ordered structure. The personalities incorporated in the architecture will gradually be rewritten and inherited. This architecture will grow with its occupants; the façade, continuously manipulated by natural phenomenon, is a Noh mask which is activated by the changing seasons. 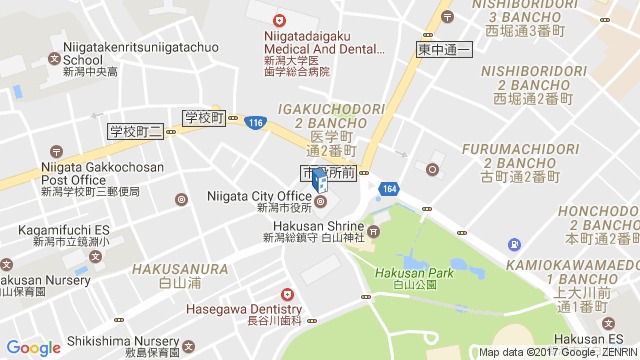