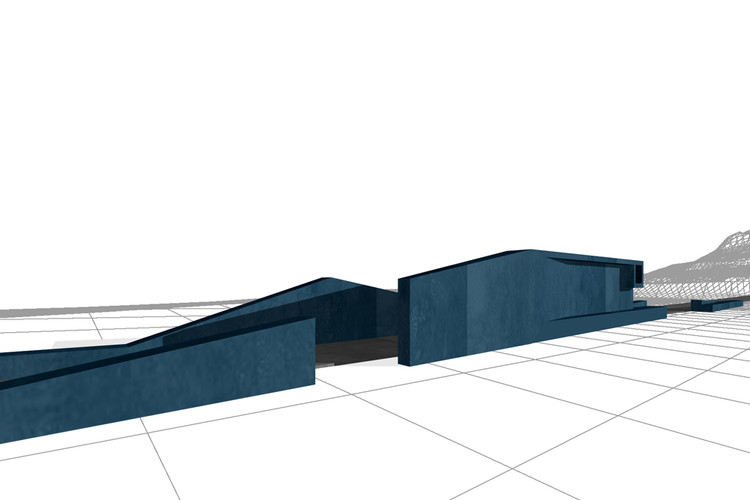 Trop de bleu is a temporary exhibition pavillon located in Magdalen Islands, a little archipelago of colorful houses and endless dunes in the gulf of St-Lawrence. The project was realized in a collaborative design process between two local artists and the architect. Five all blue structures were installed along a crowed bikeway facing sea and the infinite horizon. The structures were made of recycled wood studs and covered by fiberglass sheets. boat construction techniques was used by local specialists. Horizontality and shortness was the main sources of inspiration during conception.

The structures were precisely design with angles to invoke erosion of the fragile landscape. The project itself looked like an autumn storm wave that is taking place on the site, lying naturally on this nude dusty landscape. Pedestrians were first attracted by the new form and the color. Then three large pictures and simple sentences were stamped to stimulated reflection and spirit escape of the observer. The main challenge was to create a contemporary project that respects the site and the local user of the place. The project gained his power by his simplicity and the respectful dialogue with the natural and cultural landscape. It’s been inspired by local fishermen’s craftworks and other traditions but tend to bring some modernity in a conservative environment.