In September 2012, the Haitian Ministry of Economy and Finance called for the reconstruction of the hospital of the State University of Haiti, a medical facility located in the heart of Port-au-Prince that has been operating in ruins since the 2010 earthquake. After the Ministry received large development grants from the US and France, the challenge for designers was to create an earthquake resistant hospital within the $48 million budget, while also phasing the construction to maintain an operational capacity of 500 beds. MASS Design Group was one of the design teams to come up with such a proposal.

For the team's project description, read on.

MASS Design Group prepared its proposal as part of a design-build collaboration with Edgewater Construction, Degenkolb Engineers, and Mazzetti. Responding directly to the prohibitive expense of seismically-resistant design, the team proposed to consolidate the 19,800 m2 hospital on a single base-isolated foundation. By building on top of base-isolators, the hospital could follow relatively simple construction practices, reducing costs while being more inclusive of local labor.

Beyond the practical benefits of base isolation, the hospital would act as a prototype for innovation in the reconstruction of Port-au-Prince. While many Haitians are still hesitant to build multi-story buildings, the hospital’s anti-seismic technology would be displayed as a combination of international and local Haitian expertise.

In addition to saving cost, the consolidated proposal would produce several urban and environmental advantages. From an urban perspective, building up presents a valuable model for strategic density in a city known for sprawl, freeing up valuable public space while giving an iconic presence to an institution of civic magnitude. From an environmental perspective, a tall building can make better use of prevailing winds for cross ventilation, while elevating recovering patients from the smog and noise of the city. 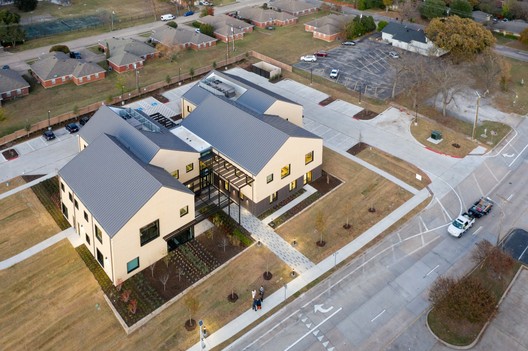