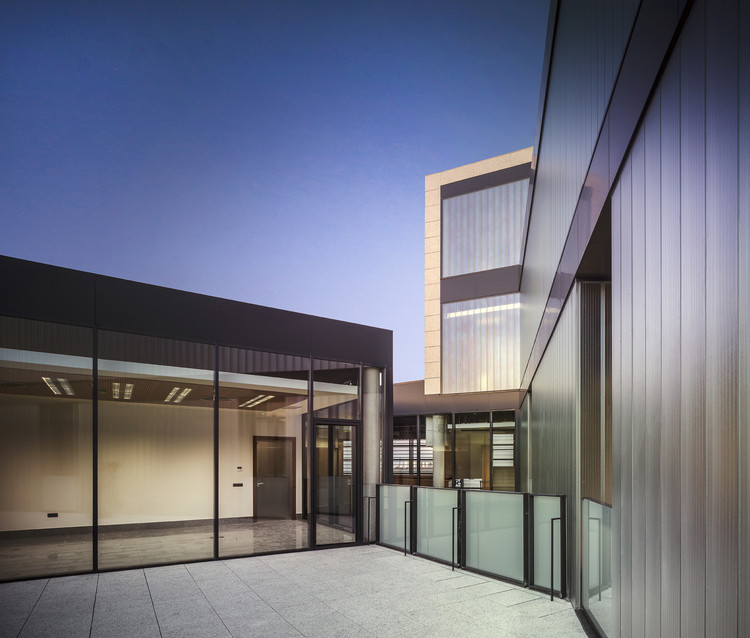 The triangular geometry of the plot and its proximity to an adjoining residential area determine the organisation of the building in two volumes, functionally joined together but formally distinguishable.

In the first, which is triangular and has two floors above ground, is the general access to the building and the wedding room. This volume houses the entrance hall, which is developed to a height of two floors, including the main staircase, which rises to configure an identifying landmark for the whole building.

Connecting the two volumes and in the heart of the building is the courtyard, a compositional element with a great tradition in southern Spanish architecture.

In the second volume, which has a rectangular floor plan and rises to three floors above ground level, are the courtrooms.

Entrance hall and patio are connected as visual references, hierarchising and organising all the spaces intended for attention to the public. The areas for public use are lit and ventilated via this central element, making it possible for better control over energy consumption.

The composition of the façades relies both on the exterior reflection of the complex internal geometries and a visual adaptation to traditional architecture. The rhythmic succession of the large windows of the judicial rooms, with their elongated arrangement, is set out above a plinth of black granite, brutally highlighted by the chisel cut of the solid vertical pieces. This provides a relationship between solidity and spaces characteristic of the most attractive façades of the palatial houses of Almendralejo. 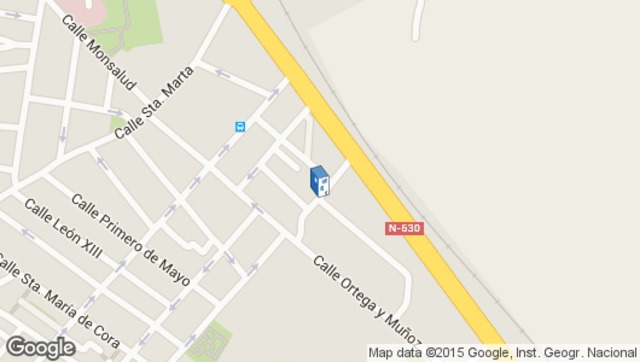