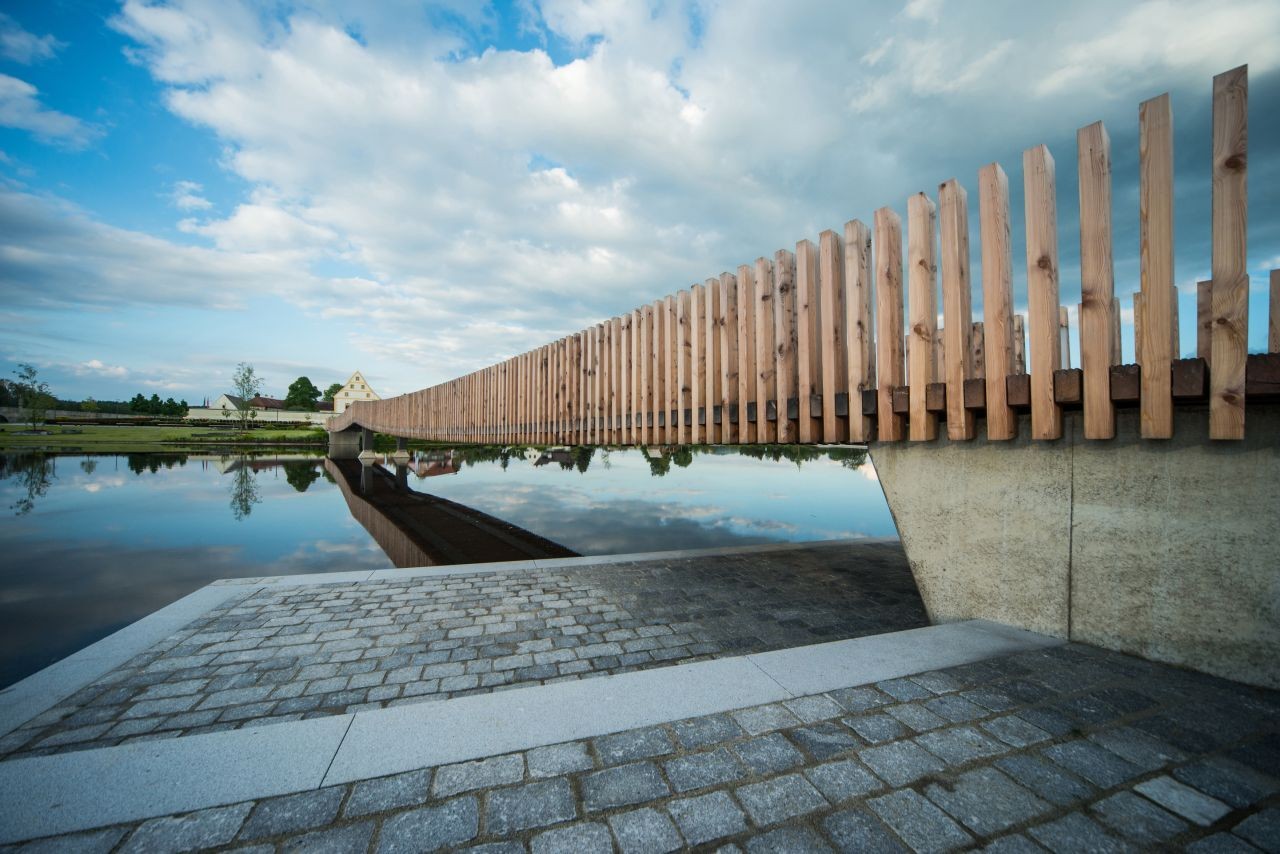 Text description provided by the architects. The design for the tension band bridge was developed in an cooperation of ANNABAU (architects) and Schüßler-Plan (structural engineers) in the context of a competition for the Landesgartenschau Tirschenreuth 2013 (Garden Festival Upper Palatinate, Bavaria, Germany) and was selected for implementation. The sculptural bridge for pedestrians and cyclists has a total length of 85m and leads over the city pond.

The new bridge connects the centre of the old town of Tirschenreuth via the „Schels Areal“ with the former island monastry „Fischhofinsel“, the new quarter “Lohnsitz“ and the adjacent area for leisure and sports.

The wooden body of the bridge is closely connected to the historical meaning of wood in the city of Tirschenreuth, which can also be seen in the cities name. In addition the choice of material refers directly to the vernacular architecture, where untreated wood is often found in construction. The supporting structure of tensioned steel bands requires a minimal substructure, thus the sculptural body of the bridge comes to the foreground. 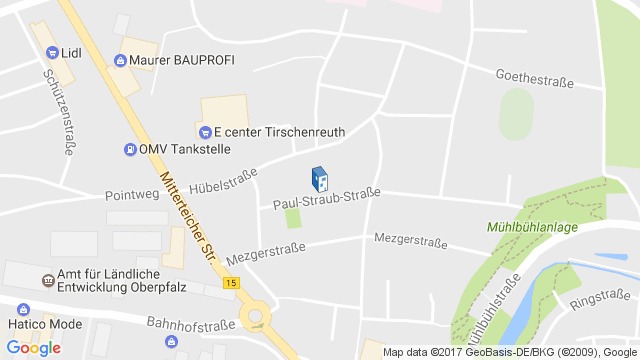