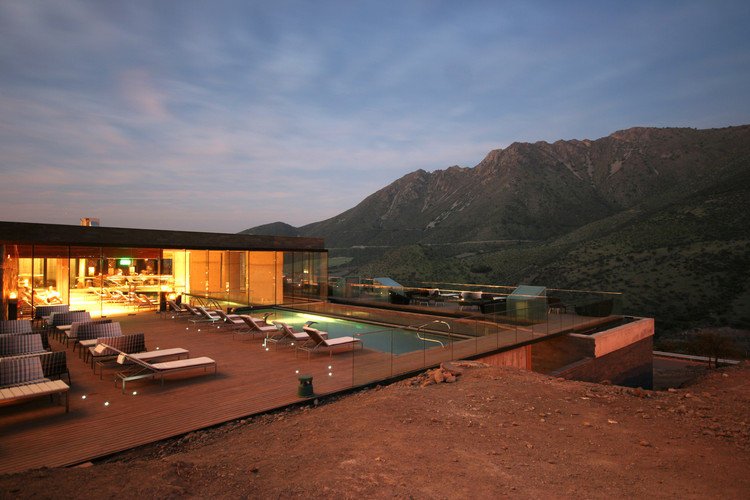 The architecture of the building reflects not only the topography, as it is located on a hill with a steep slope, but also the program of the building.

There are more public areas that are more lit and connected with the environment, and others where quiet and relaxation is required, are darker and more private.

As a response to these requirements, the building was designed in two levels offset from one another. The upper level was designed as if a fold broke off of the hill, generating a space between, a balcony that extends out over the surrounding hills. At this level there are pools, a gym and a small cafeteria.

Instead the lower level, which houses the spa areas, is more airtight, more intimate, a space "inside the hill" and rock. This place gives the feeling of being in a cave, where the views are controlled, fragmented, dominated by shadows and the sound of water pouring from the walls.

The building is located part outside and part inside the hill.

On the upper level there are two courtyards with forms that break the geometry in plan, a rectangular "canvas" which further strengthens the idea of inhabiting a space between the hills and where the sky is particularly relevant.

At the same time, these intermediate spaces create distorted perspectives in all directions.

The offset between these two volumes generated a "crack" which houses the circulation of the lower volume, which runs along a stone wall where water falls from the pool on the upper volume. 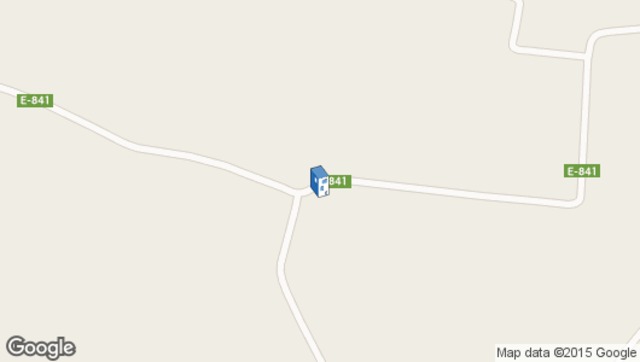 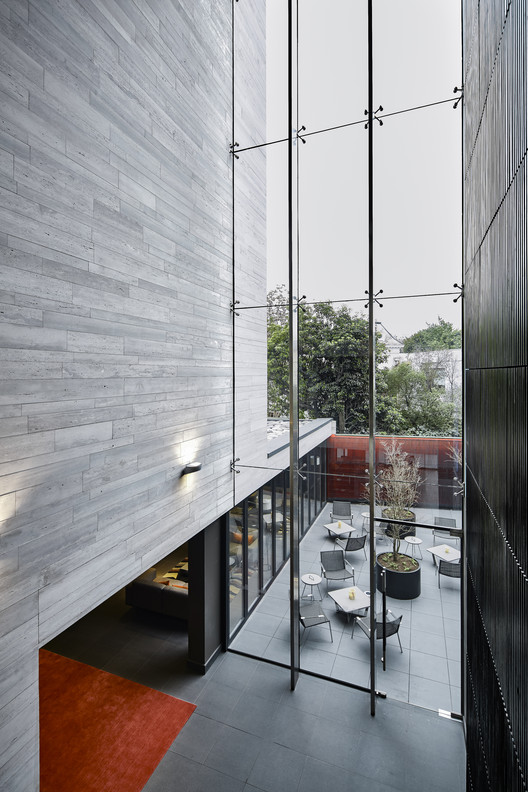 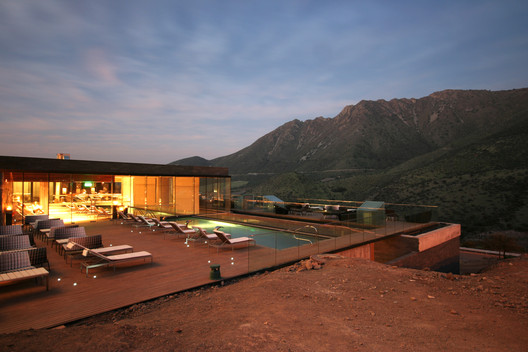