After briefly working as a truck driver and a professional boxer, Ando embarked on a largely self-taught architectural education that included apprenticeships, night classes, and visits to renowned buildings across the world. He opened his office in 1969 in Osaka and achieved fame quickly, being awarded the Annual Prize of the Architectural Institute of Japan as early as 1979 for his Row House in Sumiyoshi (commonly referred to as the Azuma House). Ando honed in on the characteristic design feature of bare concrete walls—however unlike in many concrete designs, Ando's walls are renowned for their smoothness, an effect he achieves by varnishing the formwork before pouring the concrete.[1]

Ando’s mastery of light, nature, and space catapulted him onto the global stage during the 1980s. It was in the latter part of this decade that he completed his two most recognizable designs, the Church on the Water in 1988 and the Church of the Light in 1989. It is perhaps no coincidence that these two designs remain some of Ando's most well-known; with both attempting to provide spiritual spaces organized around an appreciation of a single natural element, they are perfect examples of Ando's architectural principles.

Ando's buildings derive their form from simple geometries that contrast with complex 3-dimensional circulation, reflecting his desire for his architecture to be an immersive physical experience. He has explained his method by saying: “When I design buildings, I think of the overall composition, much as the parts of a body would fit together. On top of that, I think about how people will approach the building and experience that space... If you give people nothingness, they can ponder what can be achieved from that nothingness.”[2]

While most of Ando's work is located in Japan, since the mid-1990s he has worked increasingly in other countries, with notable projects including the Modern Art Museum of Fort Worth and the Pulitzer Foundation for the Arts in St Louis. He is also now working on his first project in New York, a residential building announced in 2014.

See all of Tadao Ando's work featured on ArchDaily via the thumbnails below, and more coverage via the links below those: 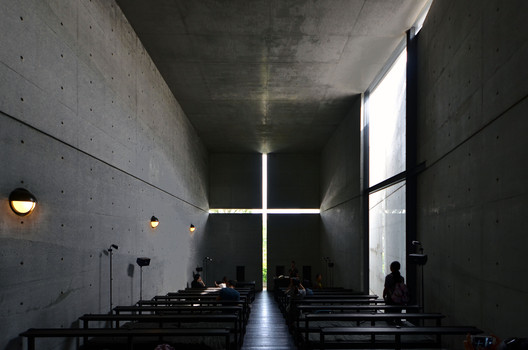