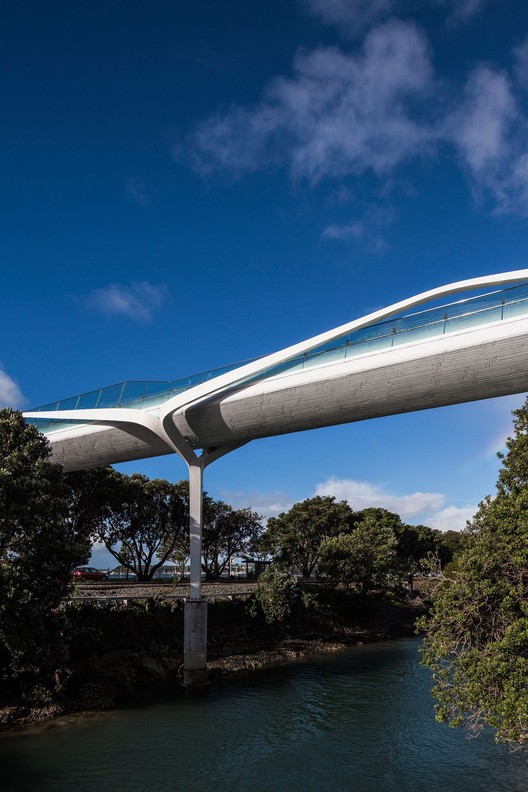 Text description provided by the architects. Auckland Council invited Warren and Mahoney to provide conceptual ideas for a replacement pedestrian bridge connecting Auckland’s waterfront to a promiment headland. The existing bridge, built in the 1930s was suffering severe structural fatigue and with the imminent electrification of Auckland’s rail network, the bridge needed to be raised.

The council, recognising the importance of the location, both in terms of its prominence along the waterfront and its proximity to the historic salt water Parnell Baths wanted something sculptural, elegant and iconic. The baths, designed in the early 1950s in the International Modern style of lido bathing pools with a mosaic mural by artist James Turkington, with its fluid and abstracted swimmers, offered a clear language of angular lines meeting sinuous form and became a key motivator of the language and geometry of the design.

The location of the bridge at the edge of the harbour also provided obvious nautical allusions, both historic and contemporary - the waka and the super yacht. It was determined that the bridge would be formed using three primary elements.

A simple but sculpted and hull-like concrete deck would extend from the headland and protrude out into the harbour. This would in turn be cradled by a highly expressive steel armature or exoskeleton which sinuously referenced the language of the baths beyond. A simple cantilevered glass balustrade, co-planar with the concrete deck would provide barrier protection.

The steel supporting the deck was designed to pay homage to the original bridge by echoing its three arches. The arches begin under the deck as diamond shaped columns which bifurcate to form the arches. The deck is formed with three separate twin-celled post tensioned precast concrete sections joined with in-situ stitches. The deck is supported by the steel armature through discrete pin connections.

Artist Henriata Nicholas developed a pungarungaru (water ripple) pattern over the concrete and glass surfaces. It was important that the patterning was delicately completed in a contemporary manner to ensure it would not be read as a patronising cultural reference. To ensure consistency of the concrete colour, a pigmented stain was applied.

To create the fluid and sinous forms, along with the geometric precision required the bridge was designed and modelled in Rhinoceros with the associated parametric plug-in Grasshopper. The parametric capability allowed for design iterations to be produced quickly and tested against architectural and structural requirements. 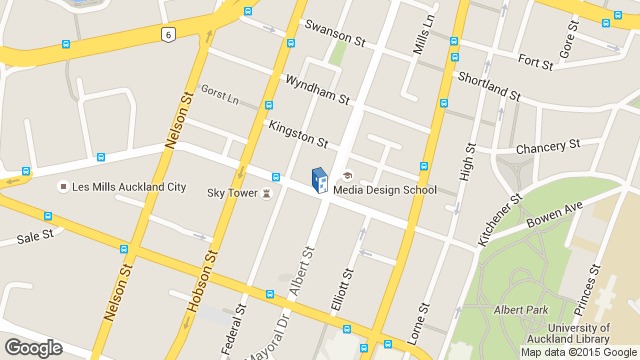 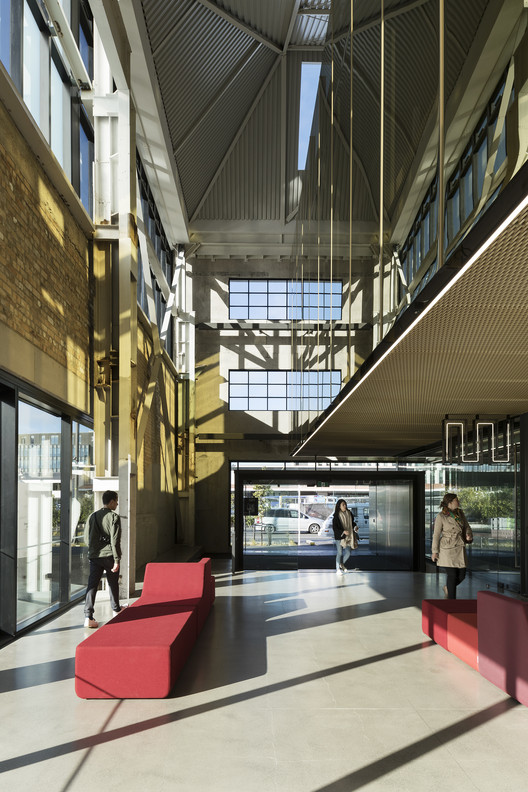