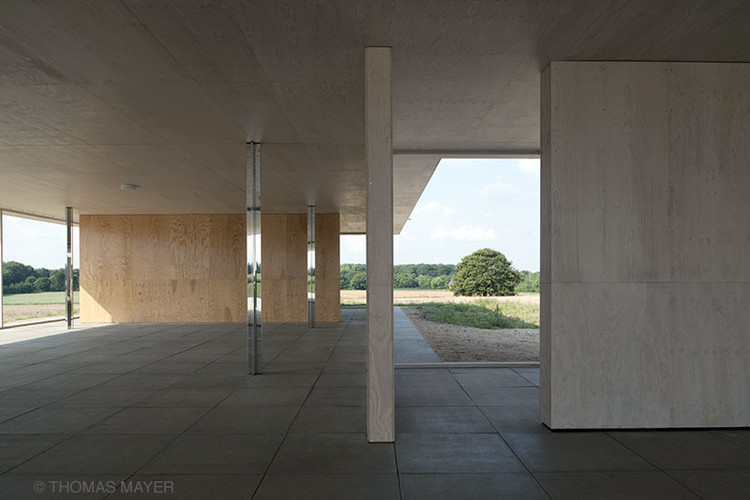 Text description provided by the architects. In the summer of 2013 Robbrecht en Daem architecten realizes a temporary pavilion based on a competition design by Ludwig Mies van der Rohe from 1930. The design, a clubhouse for a golf course in the gently rolling countryside around the former industrial city of Krefeld, mGermany, was never built at the time it was designed.

Christiane Lange, art historian and curator for ProjektMIK, invited Robbrecht en Daem architecten to design an objet d'architecture on the basis of the unpublished historical sketches of the project that were found in the Mies van der Rohe Archive (MoMA) in New York. The temporary installation resulting from this commission is open for viewing from 26 May to 27 October 2013 at the original site of Mies's project.

The 84 by 87 metre installation is built primarily in wood. It is a life-size model revealing the essence of Mies's architecture through its abstraction. The pavilion is temporarily enriching the architectural heritage of a city that is known for being home to two of Mies's other remarkable buildings: the double project 'Haus Lange' and 'Haus Esters'. 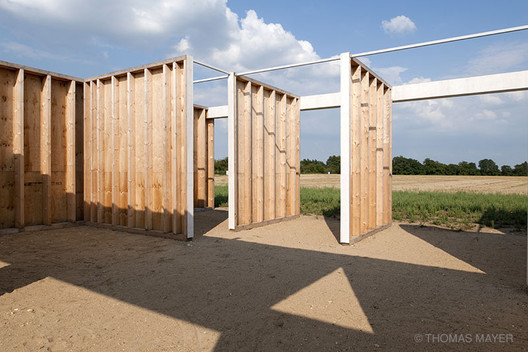