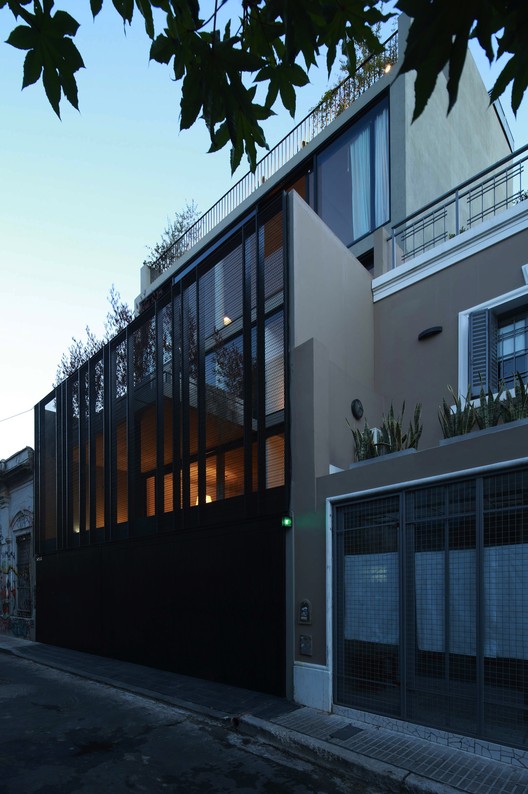 The project is located in a residential passage in the Palermo neighborhood, in the City of Buenos Aires.

From the profile established by the City for residential passages, we decided to set back the facade of the building from the 1st level, respecting the skyline configuration with metallic cladding that produces an intermediate space. This decision left the terraces of the apartments within, thereby creating various particularities.

It is a building comprised of 7 functional units that takes advantage of the shallowness and narrowness of the lot, distributed in pairs per floor. Each one has its own expansion as a balcony-terrace, while on the top floor, expansions work as terraces across the entire width of the lot.

The concept of the facade is based on vertical tubes with an irregular rhythm, we designed its general reading in a plastic manner, unified by a metallic mesh that refers to the industrial architecture of the beginnings of the neighborhood. The translucent facade makes the building transparent from a frontal perspective, while when passing by, the building is muted respecting the character of the passage. 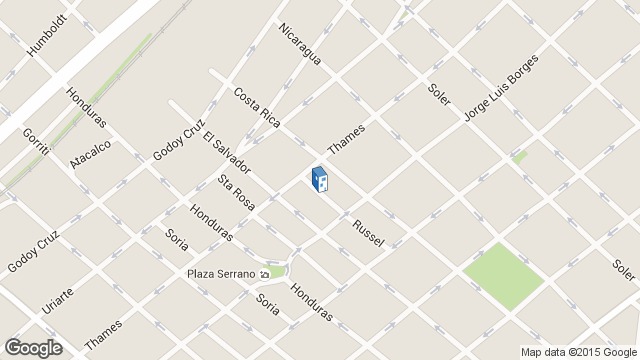