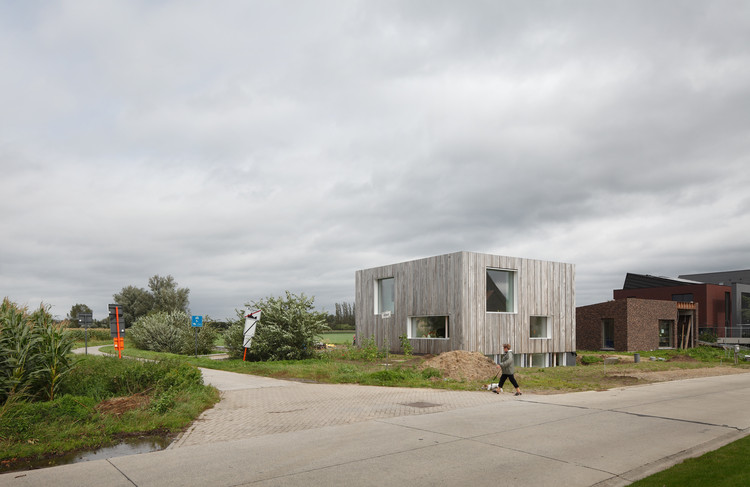 Text description provided by the architects. BLAF focuses on the generating capacity of architecture on a spatial, social and ecological level. Urbanism and preoccupation with private property have led to land being consumed to the point that Belgium is now one of the most dense and dispersed areas in Europe. BLAF have since long contributed to the general awareness of this “genetic” condition by experimenting with its most basic component: the single family house.

This house is built in a typical Flemish sprawl-area, on the edge of an allotment, where the suburbs literally face the countryside. The allotment creates a condition that is both generic and specific, context and non-text. The house deals with this condition in an apparently indifferent way, whilst in fact it is questioning the allotment: it is reformulating the concept of the front, side and back facade by addressing the surroundings in equivalent ways, and it is consciously leaving any kind of fencing behind.

Passive houses have unusually thick outside walls. Organizing staircases, furniture, storage, technical rooms etc. against these walls articulates their thickness even more. The house becomes a monolith, with a thick functional shell and an intimate, encapsulated center. Every window creates a niche, an abscissa, orchestrating the relations between the heart of the house and the exterior. From a “passive house” point of view, the shell perforations are balanced between the maximization of solar heat gains and the reduction of heat losses.