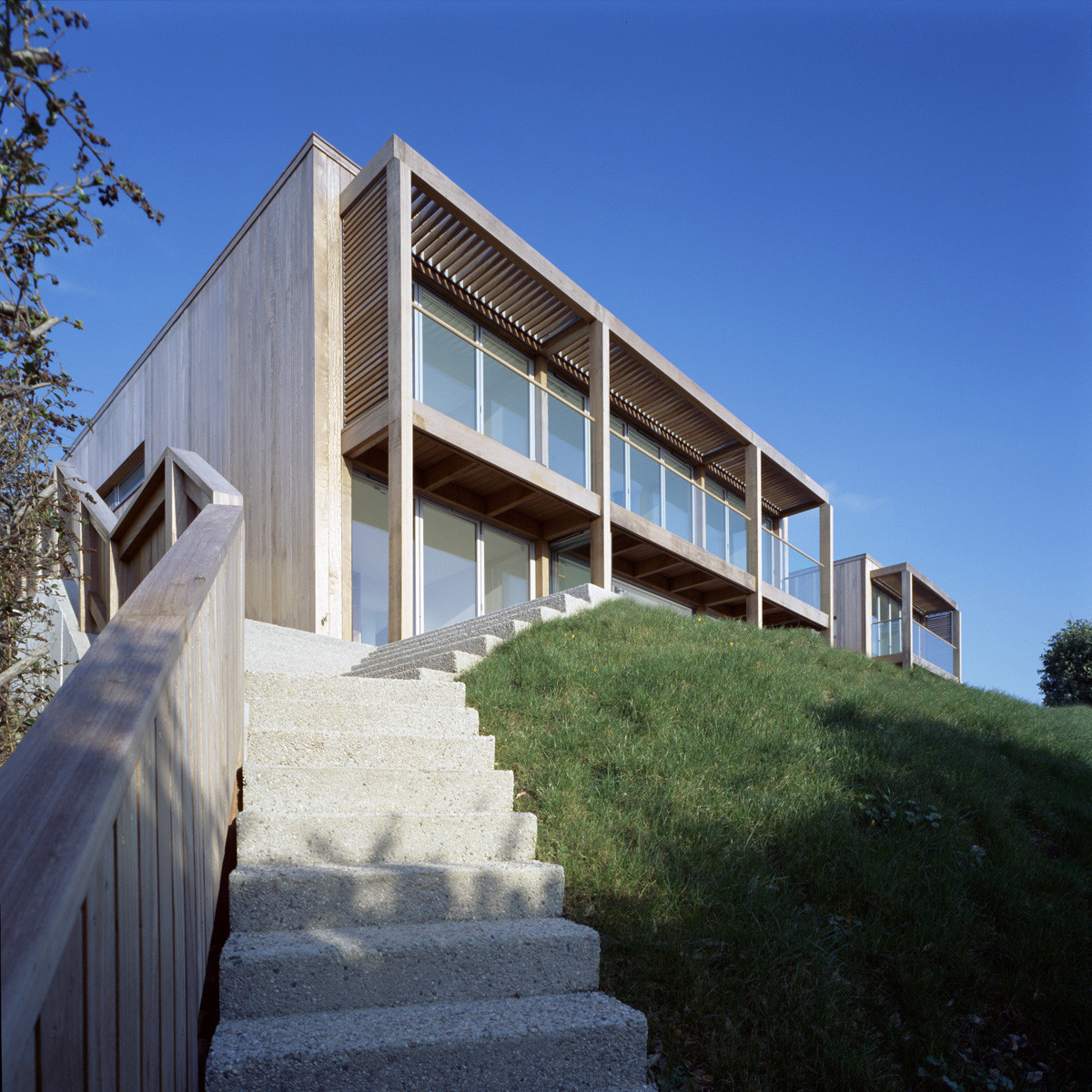 Text description provided by the architects. These two new houses are located on a dramatic, south-facing hillside overlooking the beach in the village of Porthtowan on the north Cornish coast. The site has particularly fine views down the coast to St Ives. Surprisingly, for such a prominent and relatively remote coastal site, the new houses are surrounded by a suburban estate of bungalows dating from the 1950s.

The two new houses are for the same client, a couple with a teenage son. The larger house, Malindi, will be used as the main family home. The smaller house, Providence, will accommodate an artist’s studio at upper ground floor level and an apartment for visitors and family at lower ground floor level. Both houses replace much smaller and substandard houses owned by the client.

The two adjacent sites face south and this orientation has been used to create two passive solar gain houses to minimize both the use of fossil fuels and energy costs. This has been achieved partly by fully glazing the southern elevations of the two houses and partly by using highly insulated, high mass construction for the remainder of the two houses.

To minimize the possibility of overheating in summer the glazed southern elevation is set back behind hardwood verandahs, which provide full width balconies at upper ground floor level and protect the interiors from the high summer sun, while allowing the much lower winter sun to penetrate deep into the two houses.

The external cladding, roof decking and verandah structures are all made from FSC certified hardwood which has been left unfinished to weather naturally to a silvery grey.

The design proposals were enthusiastically received by the local planners and there were no local objections. 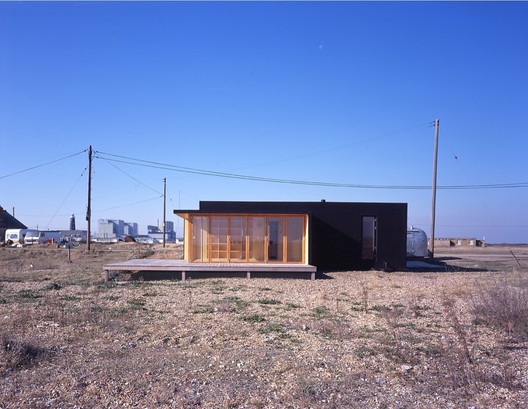