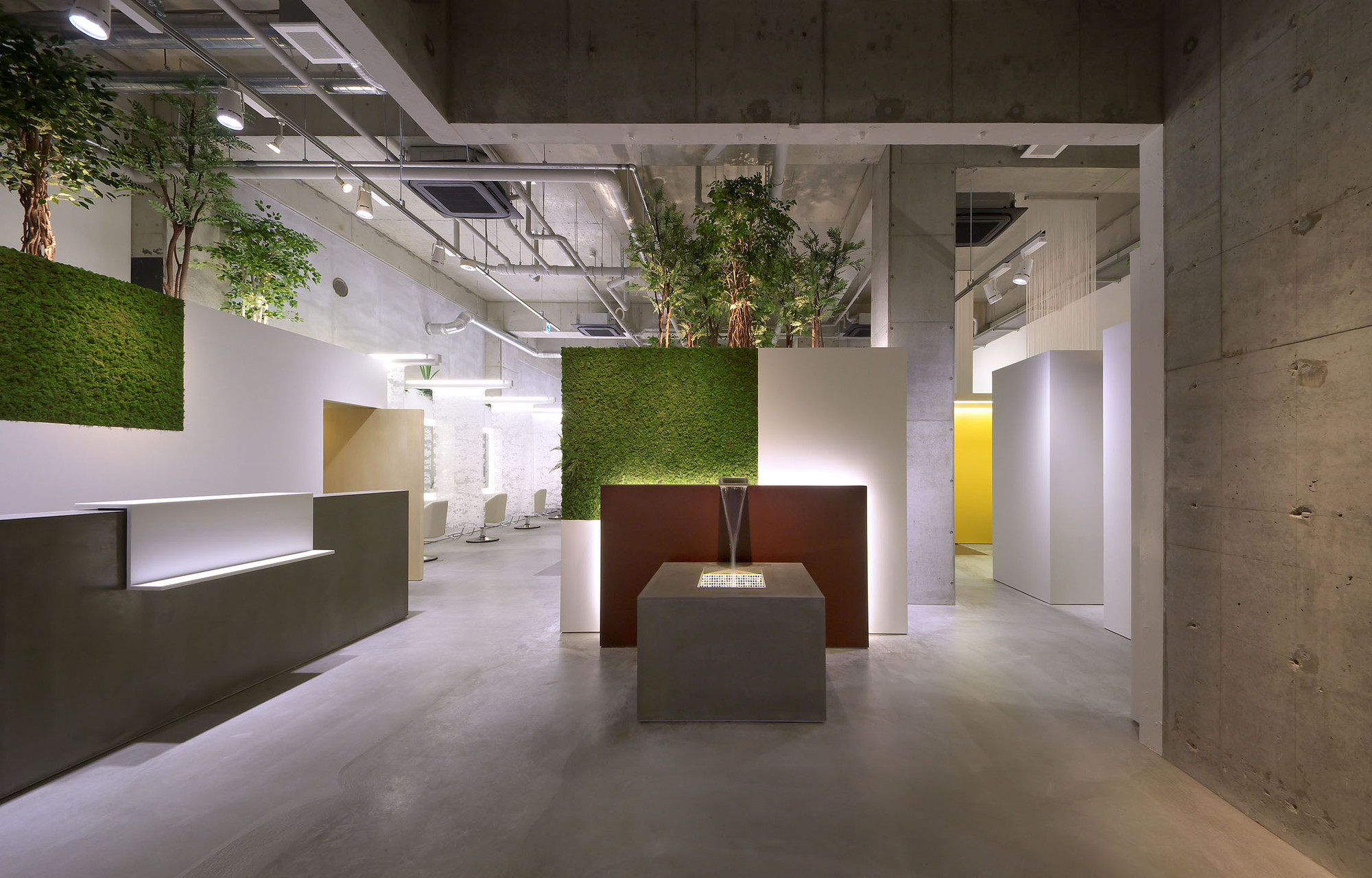 The idea of the company was to aim for the realization of a space that customers could enjoy and where they could feel relaxed. In order to meet these conditions, we mainly considered green areas and water.

The concept is "Shochu-sankyo," which are the words of the Japanese tea ceremony. These words are used to express that nature is felt despite this project being a residence in a city. These words imply the idea of enjoying a space out of the ordinary before daily life. I thought these words would become the basic concept of this space.

The design is simple to allow the user to participate in each function, as in a box. The ceiling height is 6m high.

I kept the idea to not decorate, expressing "Shochu-sankyo". The trees in boxes surround the entire space, and one can get the feeling of being in the shade of a tree while in the living room. Mosses preserved from the wall surface are located in places where a line of flows is expressed, and allow the user to be aware of green no matter where he or she is.

The main idea of this project is to design a comfortable and unconventional space. 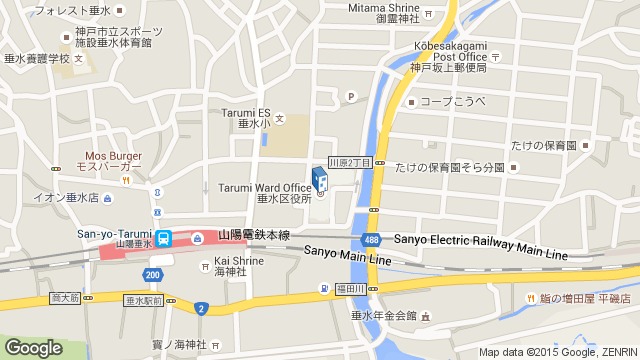 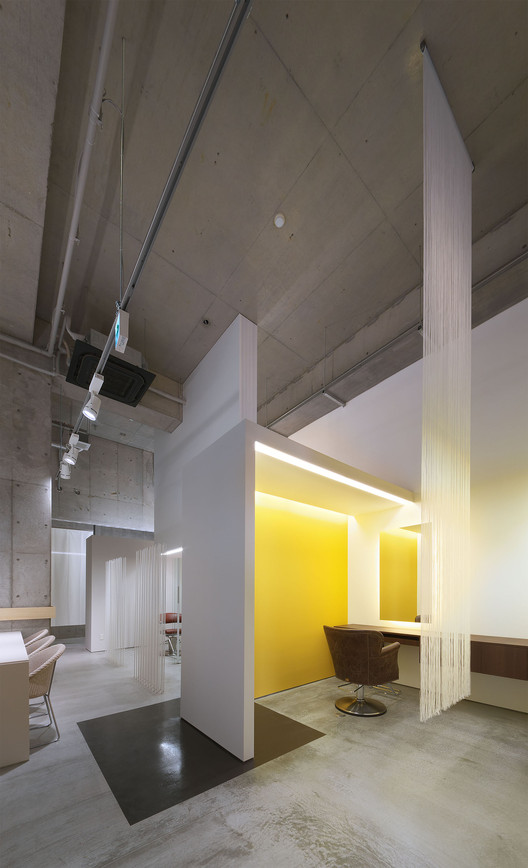