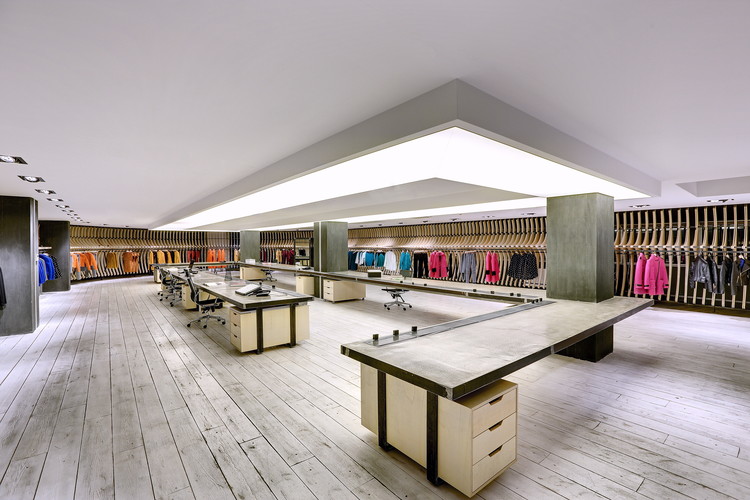 By reason of cooperation between two major textile companies, the necessity of a new design office with additional showroom for guest designer team is revealed in existing manufacturing building of the host company. Approach of the architectural team, according to the demand was, creating a perception of “non-belonging” in the space, to highlight the difference between existing function and the new one, also maintaining the balance, between; using the attractive and colorful interior workspace as a showcase, and preserving the privacy of the designers. Another demand that shapes the concept was a multi-functional area which serves as a design office and a showroom.

Architectural team aimed to meet all demands with a single shell.
The shell is;

• creating a sense of “dissimilarity” by its form which is contrary to the form of existing spaces.
• developing a perception of “addition” to the former function of the area.
• providing the connection with existing spaces and its users by a permeable layer.
• serving both as a seperation and display, continuing around the office area.

The shell contains 962 cnc-cutting slabs that create a curvilinear form, and seperating 500m² from the rest of the floor, which is 3000m² in total. Through the support of the steel structure, the shell is is freestanding and has no joints with ceiling or floor. The structure is designed as a clothes-hanger bar continuing around the office space besides its load-bearing function.

By the permeable feature of shell, division between inner and outer spaces becomes indistinct, in addition, continuity of connection with existing spaces and its users is ensured. Form of the cnc slabs, offers variable visibility levels of inside, to users walking around the shell, thus brings controlled privacy to the users inside. With shadows generated by lighting pass through the slabs, the shell also creates a visual value for the surroundings.

In accordance to the concept of the shell, working space is designed as a monolith form , on the purpose of creating a perception in terms of “integrity”. Designer’s desk is formed as a massive concrete plate in the middle, supported by columns. 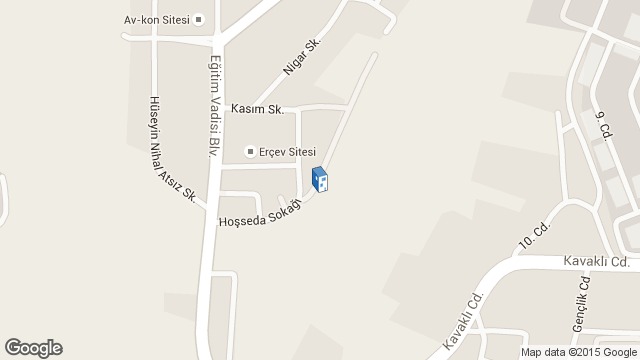