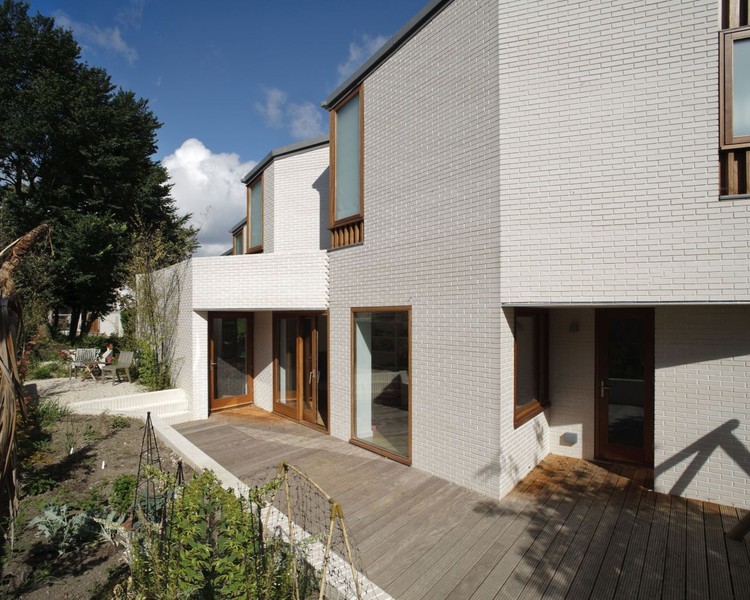 Text description provided by the architects. The new house is located on a wedge-shaped site on a Ranelagh mews lane. At the outset there was a small existing cottage at the eastern end. A privet hedge forms the boundary to the lane and there are also a number of native elm trees close to the southern boundary. The site adjoins a 1980s terrace of two-storey houses and is overlooked by the backs of the houses to the south.

The clients wanted a large family house with a generous garden. The house is located at the eastern end and is entered from a courtyard open to the laneway. The privet hedge is retained to give privacy to the garden. A new wall and car entrance are made at the western end with a path connecting back to the house.

A mono-pitch roof mediates between the scale of the neighbouring houses and the garden. The south elevation is faceted and staggered to avoid overlooking and to allow the bedrooms to look west down the garden. The windows on the ground floor have over-hangs to screen them from the summer sun and from direct views of the neighbours. The living room has large sliding doors that view south-west over the garden. An upper-floor living space is accommodated in the section and looks down over the main living room through adjustable timber louvres. The brick fireplace serves as the central element of these two rooms.

The house is a very low energy (A-Rated) construction with a timber-frame clad in white bricks. The bricks are 50mm high, giving a denser and more horizontal quality to the walls. Iroko windows and iroko cladding are set flush with the outer face of the brickwork. The mono-pitch roof is finished in zinc, while the flat roof has a sedum covering. The house incorporates a Heat Recovery Ventilation System and a Rainwater Harvesting System that is used for the lavatories and washing machine. 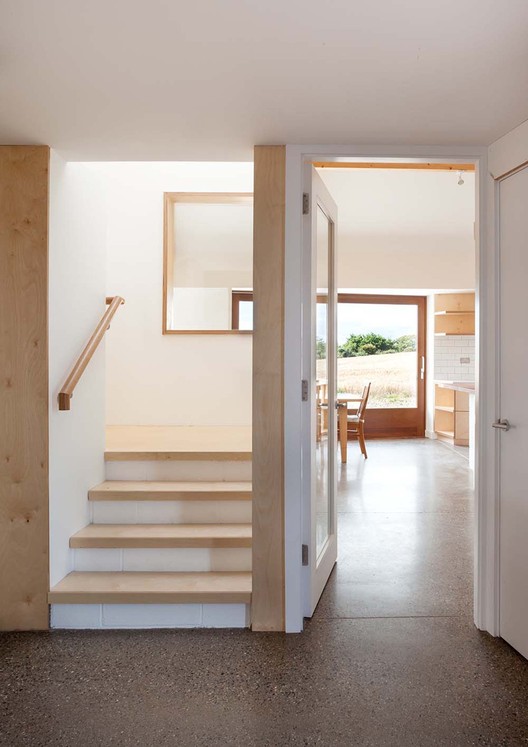