Save
Rethinking the Split House / Neri&Hu Design and Research Office 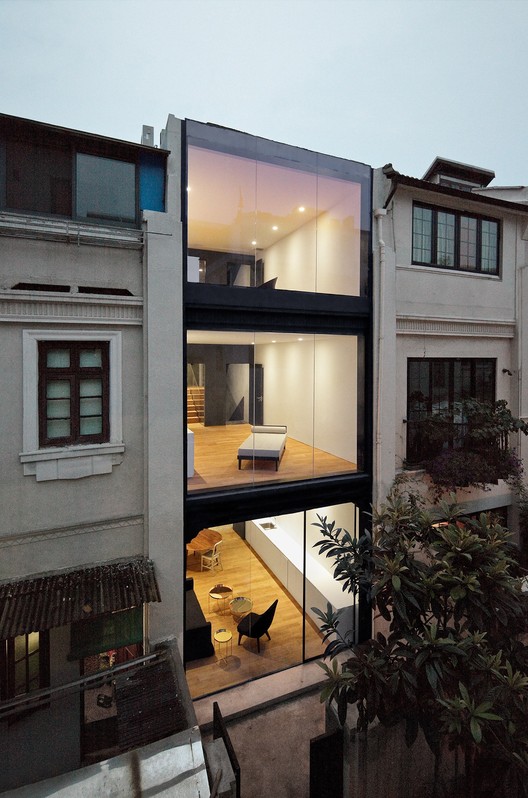 The magical lane houses, which were once the dominant fabric that made urban Shanghai the intoxicating place that it was in the 1930s, are now slowly being demolished, taken over by high-density developments all over the city. Neri&Hu was commissioned to reconstruct a dilapidated lane house left with almost nothing except its glorious shell in the historic and artistic Tianzifang area in Shanghai, and the mission was to transform it into three separate apartment units.

Neri&Hu’s strategy was to rethink the typology of the lane house--keeping the split level formation, a typical trait to lane houses in this city, and add spatial interest through new insertions and skylights to accentuate the architectural integrity of such a typology, contemporizing it for today’s lifestyle.

Historically the lane houses are separated with two distinct spaces--a longer and often rectangular space with a smaller room half a level above that creates a split section connected by a winding stairway in between. These lane houses which were often occupied by single families during the turn of the century, have changed over the course of the city’s economic history. They are now typically occupied by three or more families, sharing the public stair case and landings, so that neighbors living on different levels or rooms have a chance to interact as they move in and out of their personal units.

To keep the spirit of this typology alive, a new continuous metal stair was inserted to replace the old decaying wooden stair that was not to code. It also serves to act both as a vertical connection to the three levels and at the same time a lock for the frontal room and room half a level above to be intact in its configuration. To keep these spaces pure and rigorous, all toilets were inserted into the stair spaces. The bathrooms, conceivably the most intimate spaces of each apartment, are inserted next to the most public stairway separated only with a sandblasted glass divider. Above this stairway, a clearstory skylight was added to bring light to the darkest space and also to the frontal room, the room half a level above, and the staircase space itself. The blurring of both the private and the public acts as the central concept that binds the split level together, and at the same time, bring life to the middle and darkest portion of the lane house.

Architecturally, the decorative elements added over the last 60 years were stripped off, and large openings were created on the frontal section to improve light qualities to the public spaces of each apartment. The color black was selected to make the building “disappear”, in hoping that one would experience the split-section connected by a public stairway that is so vital to Shanghai’s urban life in the 30’s. By capturing the spirit of the historic past and making new abstract insertions to meet modern needs, Neri&Hu infused life into a lane house in a neighborhood whose original fabric is dissolving too fast, too soon. 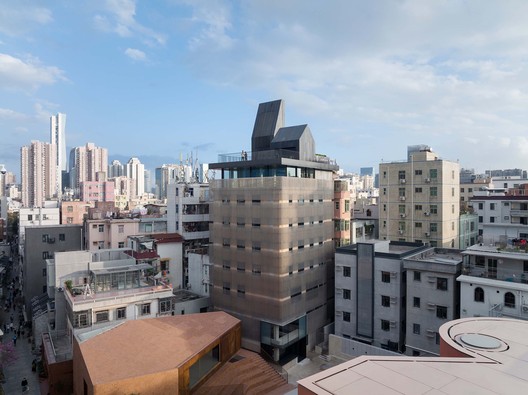