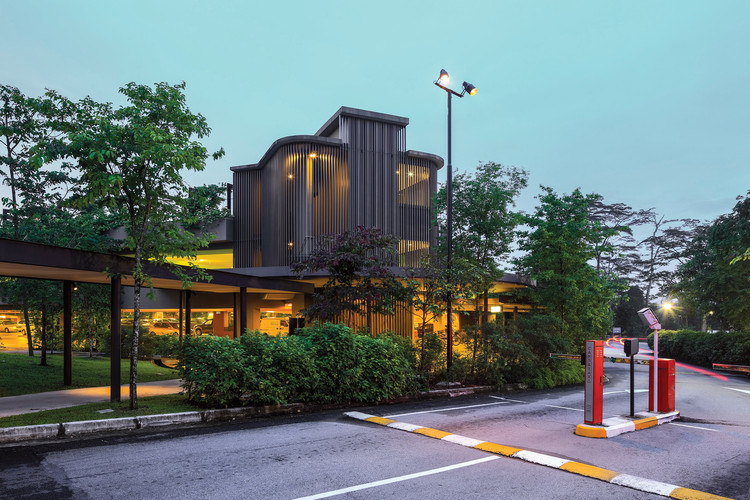 Text description provided by the architects. While a modern metropolis such as Singapore offers many amenities and conveniences, there are times when people seek respite from urban life and a chance to interact with nature. River Safari is the first and only river-themed wildlife park in Asia, hosting Southeast Asia’s largest panda exhibit and the world’s largest freshwater aquarium. It is not just a collection of wildlife exhibits, but blends the animal habitats into a natural setting – immersing guests and animals in the same landscape. It allows people to observe how animals live in the wild and to establish an open, authentic connection with the animals, yet offering the same safety benefits of a more traditional enclosure. Sited along the Upper Seletar Reservoir and nestled between Singapore Zoo and Night Safari, this 12ha attraction features animals representing eight freshwater habitats from around the world – Amazon, Congo, Ganges, Mekong, Mississippi, Murray, Nile and Yangtze rivers. On arrival, visitors are led by a covered walkway to the entrance plaza. In response to the need to provide human scale, the architects incorporated a series of two-storey huts at the entrance. The plaza accommodates services and facilities including a gift shop, nursing rooms and a restaurant on the second storey; offices, a function room and first-aid station on the first storey. Functioning as a ‘village’, the entrance plaza is intended for meeting, socialising, resting and exchanging greetings before visitors move through to other destinations.

The structure and appearance of the huts are informed with an awareness and respect for the natural landscape. Views and natural light are two important considerations in the genesis of the form. This collection of multi-functional spaces over two storeys is unified by a dog-legged spiral staircase carved out of the structure. The staircase is wrapped with dark brown vertical aluminium trellis that sensitively filters daylight and views into the inner spaces. As one traverses the veiled spiral staircase, direct views to the surrounding nature and reservoir gradually unfold. A focus on fine detailing and the use of local materials when designing the huts created a structure that is both modest and unique. Applying extensive treated bamboo screening underneath, the otherwise solid metal roofs of the huts are transformed into a lightweight canopy. Each of the four metal roofs are supported with a cluster of twisting structural steel columns that terminates at the apex with a circular skylight – a mimicry of the existing perimeter trees that are reaching towards the sky.

A similar approach is reiterated in the unique semi-outdoor bathrooms throughout the entire development. The central skylight with a wooden trellis veil enlivens the interior of the bathrooms in the entrance plaza zone, while preventing rainwater from splashing into the space. Another example is found in the Amazon River Quest zone. The open-air wash basin area is surrounded by natural greenery and bamboo detailing, generating a pleasant microclimate by tempering the immediate environment. These distinctive design elements not only give the bathroom interiors an identity, but also foster the interplay between openness and privacy.

The park brings together four distinct zones – Rivers of the World, Giant Panda Forest, the Amazon River Quest ride and Amazon Flooded Forest. The paths are carefully orchestrated to give visitors different experiences at each of the thematic zones. The charm of River Safari lies beyond the traditional static animal observation; the journey is planned as a kind of promenade designed for both lingering and dynamic viewing. For example, one of the key features is a 165m-long bridge which is built over the reservoir and offers a panoramic view out to the east. Along with the animal enclosures and attractions, the setting itself becomes another attraction as the visitor can experience vistas which are unique to this part of Singapore.

Undoubtedly, the Giant Panda Forest is one of the highlights of the journey. In order to minimise the physical impact to the topography, the panda enclosure capitalises on the existing sloping terrain. From the entrance, visitors are led by an elevated walkway so that they can encounter the pandas at eye level. Looking into the species’ living environment, the architects designed a glazed dome structure that encloses a temperature and humidity-controlled space. The space maintains a strong connection with the changing patterns of daylight, and at the same time avoids direct sunlight. The pattern of bamboo leaves on the glazed dome imitates the effect of bamboo trees casting dappled shadows on the ground.

Another immersive attraction is the Amazon Flooded Forest towards the end of the journey. The visitors pass through an underwater tunnel and emerge into a rich underwater universe. One of the first experiences after the tunnel is the encounter with the giant river otters. The barriers between the animals and visitors are well disguised so the experience is much more intimate than would typically be expected. Another darkened tunnel leads visitors to gently descend into a river environment; the dramatic control of the ambient lighting from light into darkness enhances the sense of arrival and experience. Walking in front of acrylic viewing panels of more than 22m in length and 4m in height, visitors are treated to a panoramic view of the underwater environment.

The manatees and numerous schools of fish practically envelope the viewers, while stingrays swim in a fan-shaped tank in the ceiling above. Natural light permeates this space and plays off the surface of the water while penetrating the depths to create an almost ethereal scene below the surface. The careful and detailed attention to light and volume imparts a true sense of discovery to the visitor. The priority in the design of River Safari is to place an emphasis on the visitor experience and to challenge conventional thinking of zoo interaction. Visitors are guided on a rhythmic journey that offers intimate observation of the exhibits in a setting that is an attraction unto itself. 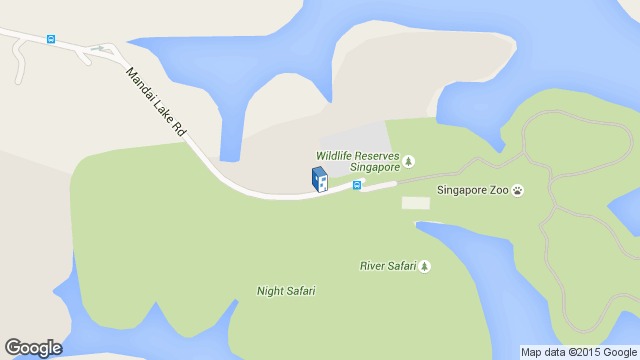