Mateusz Mastalski + Ole Robin Storjohann shared with us their 'Live Between Buildings!' proposal for the New Vision of Loft 2 Competition organized by Fakro, which aims to create a new way of living in the city. Infills between existing buildings that consist almost entirely of Fakro window technology enable a life hyper-close to nature and city life, while on the same time exploiting the qualities of the already existing blind walls of the city. With minimal footprint and facade surface, but a maximum of living quality, the Live Between Buildings! project contributes to a denser, more sustainable city of the future.

A loft is a large, undivided floor or part of a floor of, usually, an industrial building. It is essentially an urban typology. But how can we find a new take on this typology? How to design a functional space full of natural light, using highly energy-efficient technology in order to create unconventional loft concepts, where light and space play a major role? That was the question posed by Fakro. Entrants were also asked to use at least 10 Fakro windows or other products in their designs.

As Fakro is strengthening their global presence, the 'Live Between Buildings!' way of living is also going global. We have pinpointed some possible building sites in cities around the world. Using the different roofwindows available from Fakro, a wide variety of housing typologies are possible, thereby reacting to the context and culture of the specific urban setting.

The images include various examples, showing both the range of possible typologies and the available interesting building gaps worldwide.

"The Jury appreciated the way the basic idea – creating small infill-dwellings in-between existing buildings – has been worked out in extended research, thus providing models for various housing types in different cities. The plan can be realized entirely out of roof windows (with some technical adjustments) and offers an innovative idea for using empty spaces in urban fabric. The possibility of shapes is endless. The project was very beautifully drawn and communicated on a single sheet, the section describing both the architectural idea and the exciting occupation of the proposed building.” 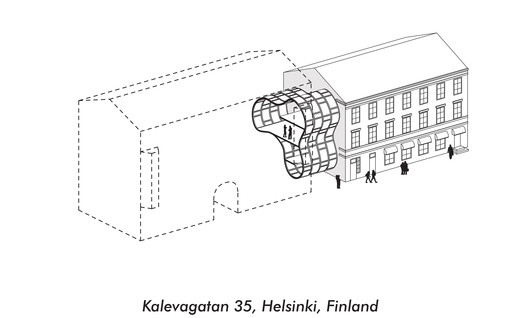 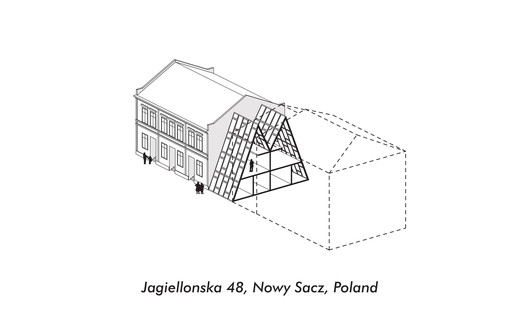