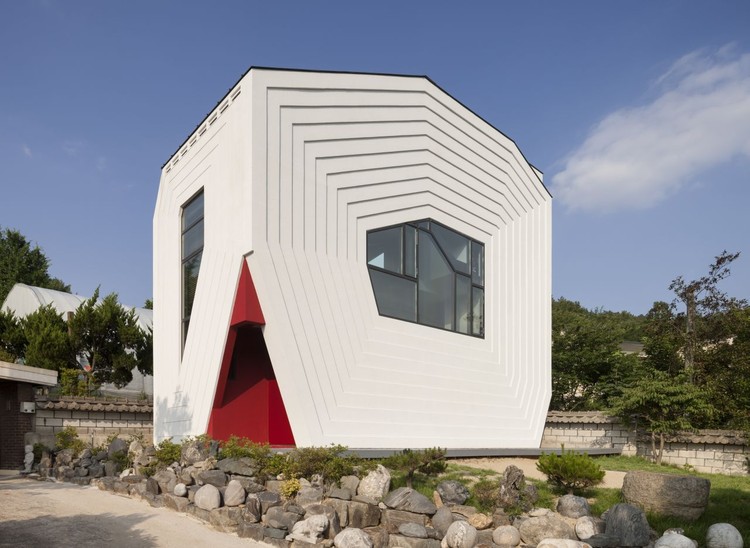 Text description provided by the architects. Bangdong is a famous place for sight seeing and leisure for near by dwellers. It can be quite crowded during the holiday seasons. The irregular plot of land situated right in front of Bang dong lake boasts a beautiful open view of the lake and a low mountain as a back drop. When visited for the first time, the vacant site seemed to invite some kind of a sculptural object, unhindered by its neighbors, standing rather conspicuously...

He is a producer for a local TV station, with one kid and a lovely wife. His family visited my office oneday and asked for a skip-floored house like lollipop house which they had seen in the magazines. He was an avid collector of miniature robots and figures. A hobby that started from an early age, which has not stopped. His father was also an avid collector of soo suck( natural stones shaped like something recognizable or pocessing some abstract qualities). The collector gene was running in the family...

I am a playful architect. I have met the right client, who has kept his child_mind intact with him. The design went through two alternatives, one each floor stacked and rotating, the other of a box with small broken floors moving up in a spiral. both had its ups and downs. The client chose the latter. The House has a central core that is used as an exhibition space and a railing for his toys. the spiral and jagged floor levels follow the spiral stair case all the way up to the attic, where you can find a small red slide that traverses the void. The exterior expresses the inner spiral energy in a simplified form.

The spiral stair case is a place for movement, play and exhibition. It plays a central role in the house. the other functioning rooms such as living, kitchen, bedrooms are attached to the system. The windows are placed in the center of each walls, mimicking the concept and inviting ample amount of light. The void in the middle gives much vertical depth in a otherwise a compact house. 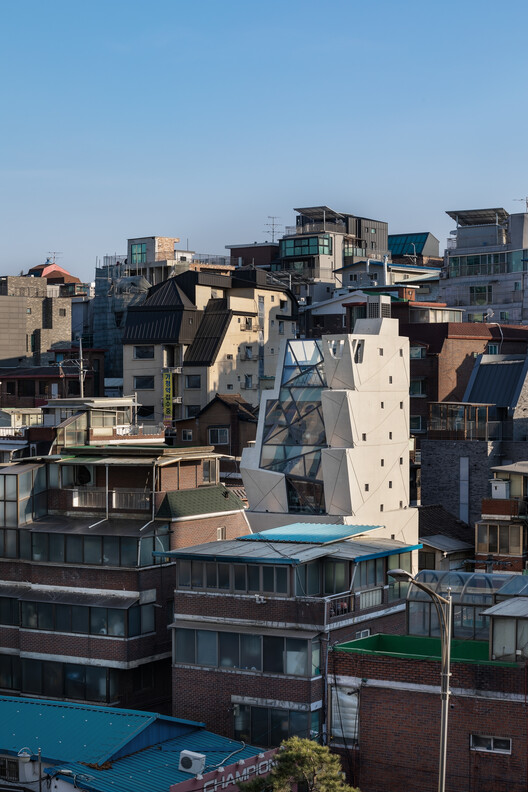