Designed by PAPER | TOTEMENT, their competition proposal for the architectural and visual image of the frontage of the new building of the State Tretyakov Gallery encompasses conceptual, imaginary and compositional aspects as well as its relation with the environment (city and the existing complex of the gallery), history and designation of the building. The current space planning design decision also implied some particular limitations and framework. And of course, the main objective was to combine all these decisions in an integral image of the Modern Russian, Moscow art museum. More images and architects’ description after the break.

The images of Moscow roofs and the existing buildings of the Tretyakov Gallery building are abound glass sloping roofs - pyramids which can be seen even in elements of the fence. This shape was chose by us for the glass surface of the Northern frontage. As sloping parts of the pyramid are directed both up-down and to the sides, the frontage as a whole becomes a generalized image, a continuously altering reflection of the City.

Another image was taken from the photography where pictures are located so close to each other in the indoor scene of Tretyakov that they make an original structure. This image was used by us to unite the “pyramids”. Divisions of the frontage are changing from the large ones, where they adjust to the volume of the fire staircase to the smaller ones to the West, which complies with the small scale of the windows of the building located nearby. The massive frontage (made of painted concrete) of the concert hall combines smaller and larger elements. The composition ends with another glass frontage, a semi-transparent curtain which reflects frontages of historical buildings of the gallery standing along the pedestrian area.

There is no argument that the main frontage of the building is its North-Western part facing the Kadashevskaya embankment with its long front. This frontage becomes the main one not only for the new building of the Tretyakov Gallery, but for the museum quarter as a whole, city line of embankment development, one of the symbols of the city. The frontage has inherited colority, massiveness and relief decoration from the existing complex of the Tretyakov Gallery. This decoration refers us to the prototypes of the traditional Russian architecture and engages the tool of temporal and spatial link between the old buildings of the complex, the new buildings and the Kremlin which walls and towers can easily be seen from the pedestrian bridge.

Massiveness symbolizes closeness - Storage in Time (the principle activity of the Gallery is collecting and storage of the collection), thus the “heavy” elements of the frontage include, besides the volume of the concert hall and the vertical of the staircase, the curvilinear wall of the concert hall located in the depth of the glass frontage building where the main action takes place where the viewer meets the Art (we would suggest that this wall should be made of bricks collected during the breakup of the old Moscow buildings). All these three tools - colority, massiveness and decoration - symbolize Experience, Saving, History, Past and Time.

The second important image of the main frontage is Transparency, Hollowness, evanescence of Reflection of the altering city. Transparency symbolizes Openness, Accessibility which is emphasized with flat frontage glass of the entrance portal and translucent coating of the Inner street pierced with upper light, dividing and at the same time uniting Emptiness for the three massive elements of the composition, thus the curvilinear wall of the exhibition hall takes part in the forming of the frontage, though it is located inside the building, thus, the building obtains the more chambered scale of a city quarter without losing the integrity.

Finally the main surface of the main frontage is a complex composition made of glass pyramids and behind it is the main treasure - the Art. This treasure is located inside the “Crystal chest”, and this Couple symbolizes the harmony of Storage and Demonstration, Closeness and Accessibility, Heaviness and Lightness, Inner and External, Quarter and City, Past and Present. 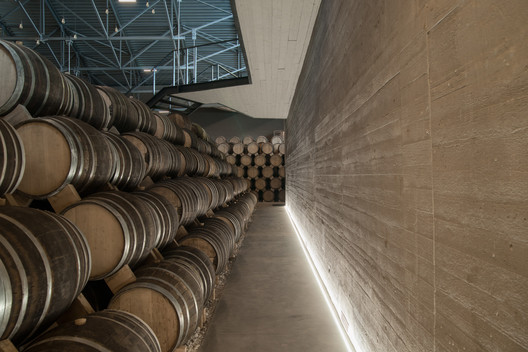