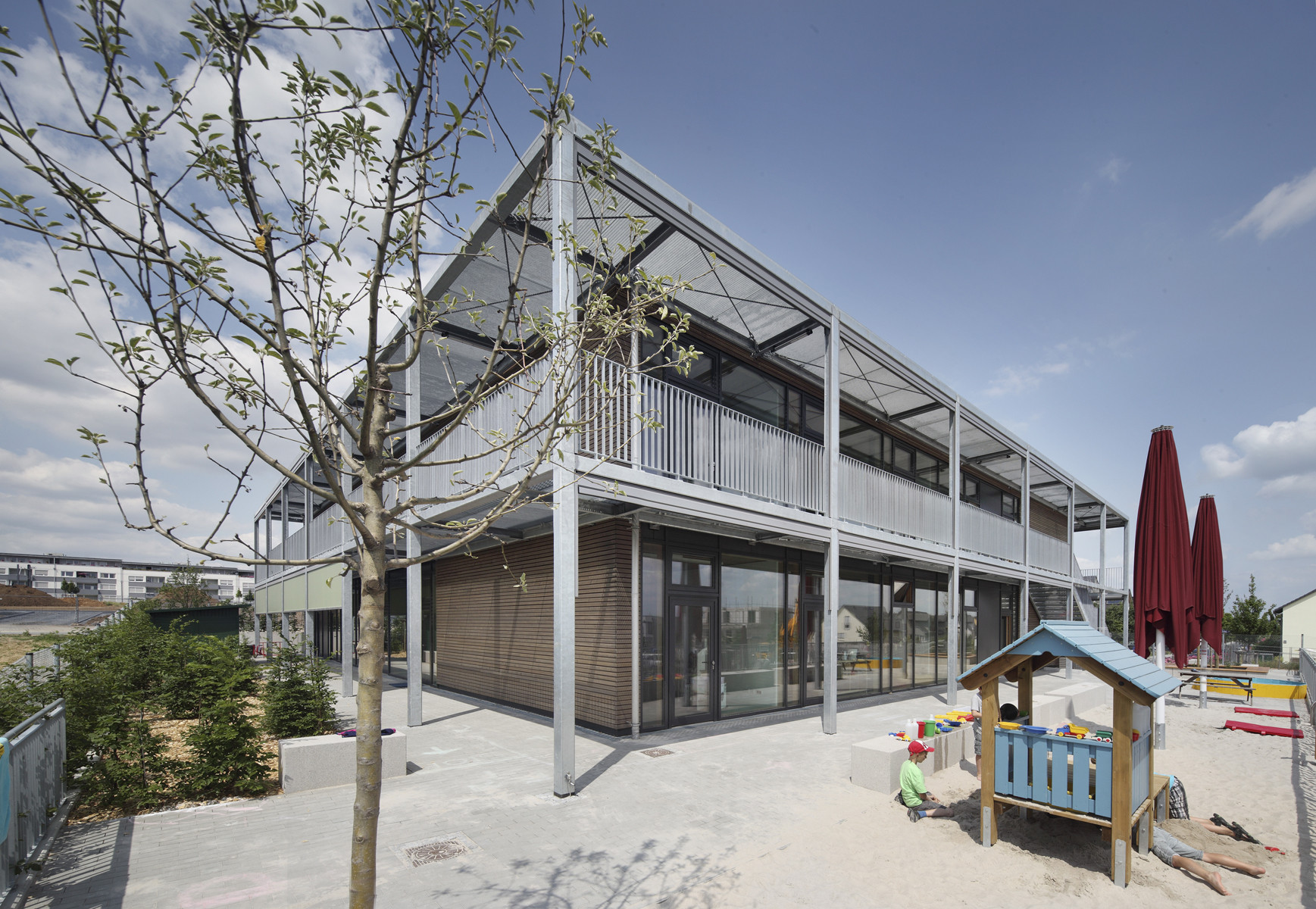 The day-care centre for children “Schöne Aussicht” is a prototype of the building block design system for childcare facilities in Frankfurt on the Main. The design has been developed on the basis of a competition won in 2009. The centre comprises two-storey buildings of varying sizes, which are currently errected at several locations in the city of Frankfurt. The buildings are timber structures which meet the passive house standard.

As of 1 August 2013 children are entitled to a place at a day-care facility from the age of one. Thus, municipalities in Germany are obliged to provide this slot in a crèche or a daycare centre. Particularly in large cities and areas of high population density much work remains to be done to implement the legislation. Hence, in 2009 the City of Frankfurt on the Main organised the design competition “Baukastensystem für Kindertagesstätten” (building block design system for childcare facilities) with the objective to acquire type designs, which can be implemented several times at various locations in the city. Birk Heilmeyer und Frenzel Architekten came off as one of the winners of the competition. The first day-care centre for children based on the building block design system has now been completed. At present there are five more under construction, or in the design process.

All in-house activities hinge on the central “village square”. The well-balanced void and its skylight offer a connection to the outdoor area. This makes the change of day time and seasons perceptible and creates a pleasant natured mood in the interior. Reminiscent of a windmill eight “building blocks” are arranged over two storeys arround the village square. These accommodate the group rooms and other building areas. Spreading the functions over the four building blocks per storey gives sufficient leeway to allow for various configurations within the building block series of day-care centres for children. This way we can react to the respective conditions on site and to different needs of service in terms of the age groups (children under the age of 3, nursery school or after school club). The attached steel-structure loggia serves as transition area from inside to outside. A wide textile screen for sun protection spans between the steel pillars.

The KiTa (childcare centre) “Schöne Aussicht” located at Frankfurt’s Riedberg is the first completed project of the building block design series. The five-group facility has now been commissioned and during the day it offers living space for around 100 children. Located on a terraced site the KiTa “Schöne Aussicht” offers a view on the steadily growing urban district and the Frankfurt skyline. 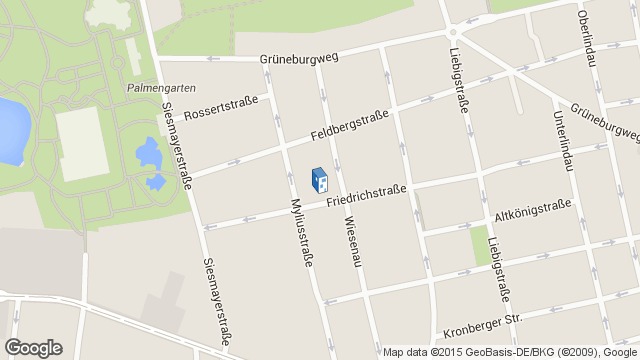