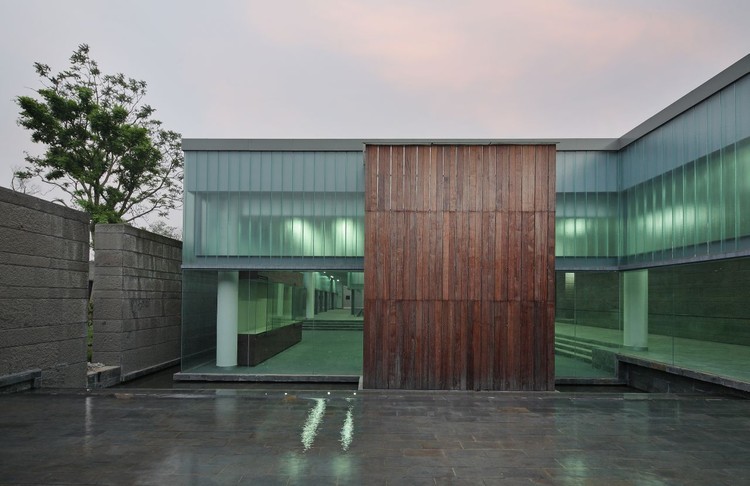 Text description provided by the architects. Since the Wenchuan Earthquake in May 12th, 2009, local residents not only need the physical reconstruction, but also need the spiritual revival. As a stage revealing human society development and cultural value, museum architecture has important meaning for cities and people who both have been hurt by natural disasters. Secondary, the architectural trend of designing globally and internationally is becoming more and more serious. In this process, local architectural culture and regional culture are fainting that fewer buildings have regional culture characteristics. Mianzhu Museum reflects introspection for the phenomenon that globalization and urbanization erode regional architecture features, trying to discuss regional culture’s constructing strategy in the new context based on site spirit, spatial experience and material behave. It firms our future confidence of proposing regional culture.

As an essential place and emerging cultural position for public communication, museum directly states culture and history information of the region. Just because of this, throughout the deigning process of Mianzhu history museum, we focus on the regional perspective. In the designing of Mianzhu history museum, our primary objective is shaping particular site spirit. Museum’s site is selected adjoining to “Zhu GeShuangZhong” Shrine which is used to souvenir Zhu Ge Zhan and Zhu Ge Shang, who are the decedents of Zhu Ge Liang, a famous person in Three Kingdom Period. Mianzhu people established cenotaph for Zhuge family for later viewing. Shuangzhong Shrine was established based on tomb that it started in Qianlong three year in Qing dynasty (1738), including several parts named as Zhongxiaomen, Baidian, Guoting, Zhengdian….

In the designing process, Mianzhu history Museum tries to blend in West Sichuan building’s characteristics and abandon its traditional closed position so that it could remind vistors’ memories of regional space. West Sichuan residences are the representative of traditional West Sichuan Building that they have open and flexible layout by using courtyard. They present space’s ambiguity and mobility. New and old buildings are planned integrate that the new one uses 4 whole rectangular to correspond to Shuagzhong Shrine. False and true exist between the newly established entity and old buildings. New building’s size is similar to that of Shuangzhong Shrine: latitude is controlled, skylines are mild, and the highest point of the new building is as same height as that of Shuangzhong Shrine; plants and local stones are used between new and old buildings so that visitors could experience true and false.

Space deconstruction and space infiltration are the major design methods for Mianzhu history Museum that deconstructed wall body and functional kernel shape intermittent, continuous, linear or open space. New space focuses more on the infiltration between new and old space. This is also an explanation for the sentence, “Shuangzhong Shrine is the most precious display in the new museum”. In the new museum, “new courtyards” are designed. Common points are the introverted hipped tile roof. It is from West Sichuan’s traditional courtyard but we vertically overlapped original courtyard with modern box body so that three concave type courtyard will combine together and become “品” pattern. This design will form the “new courtyard” with both meeting display function requirement and shaping regional phenomenon. Water feature will work as the second line of the space which is like Sichuan province’s intention—“never ending”. The surrounding area of the courtyard could display some tall exhibitions combining natural light. Display stages could be put in the lower space. The visiting sequence produces relaxed and pleasant feeling similar to walking in the local buildings by deconstructing and reconstructing West Sichuan residences.

Mianzhu History Museum uses 5 kinds of materials—stone, wood, tile, transparent glass and “U” glass. Except “U” glass, others are from local. The most utilized is stone. At first, local stone provided by contractor couldn’t meet architects’ requirements. However, a piece of simple stone mill in the corner of original museum attracted their attentions. That stone was randomly chiseled that it has concave and convex texture. It reflects local craftsmen superb artistry. Therefore, designers have the idea of applying the millstone’s texture on metope. Architects guided the workers to carve randomly but preliminary test showed that artificial carving traces were too heavy. Thus, they tried to burn the artificial chiseled stones. Those burnt stones have profound historical sense both in the sun and in the rain.

Local Residence attaches importance to the relationship between nature, environment, and human. In order to make the best of the new museum design, architects carefully selected stone, wood, and tile, which are three kinds of commonly used local materials. With citing the “U” glass as the modern material, so that it is not only economical, but also very harmonious with environment. The modern and tridition embraced each other, showing the beautiful of texture and natural. On the Sep, 1951 New Yorker magazine, Mumford criticized the international style. He said, “Regionalism is not relevant to use the most readily available local materials, or copied from our ancestors used by some simple structure form and construction.” This point means that in the architecture design, we should creatively explore the potential of material and be flexible to history in order to meet the changing local needs. The using of “U” glass strengthens contrast of traditional and new material and reflects the creativity of generations in historical atmosphere. The light transmitting “U” glass is harmonious and quiet. In another way, outdoor nature and historic buildings are solidified in the new building’s space. The mix of “U” glass and transparent glass not only creates diffuse light but also limits the scope of poor light. 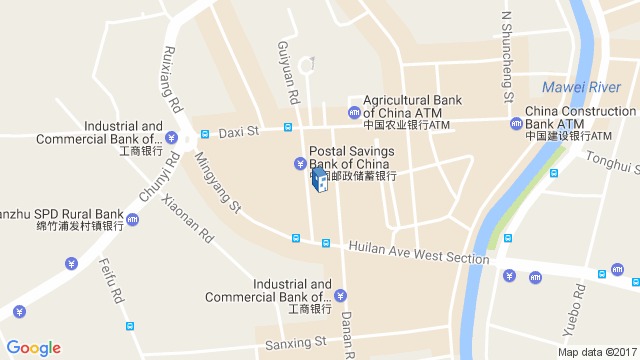 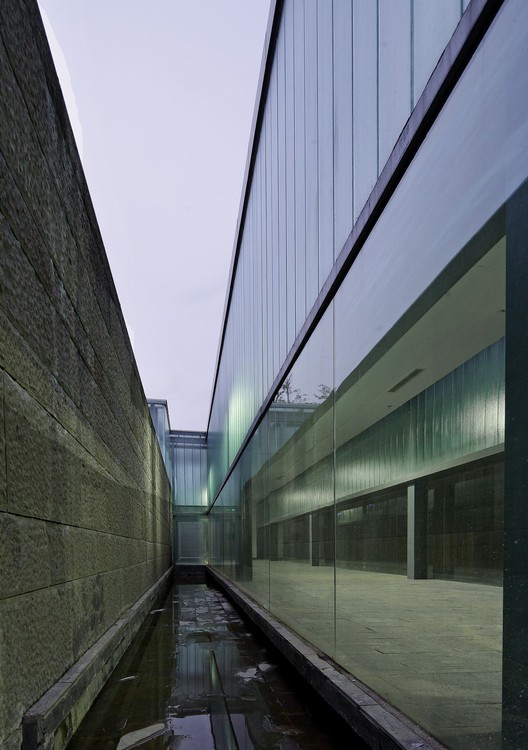