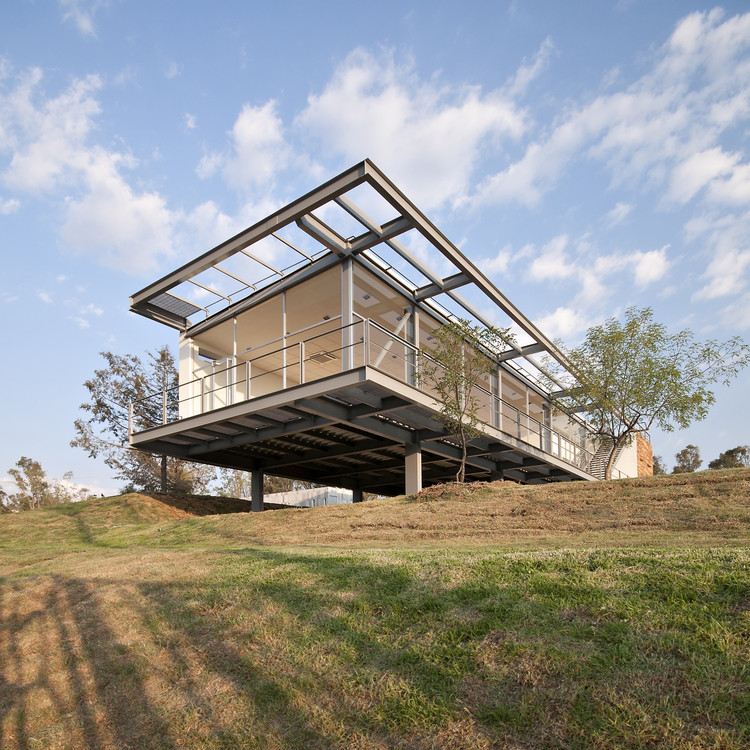 Text description provided by the architects. The fourth Arquine international competition (2002) was organized by the government of the state of Puebla with the 5 de Mayo Cultural Council, INBA Architecture Museum and the Architects Association of the city of Puebla.

This competition was to design a new information module which would be located at the Los Fuertes park access.

Ten years later (2012), thanks to the efforts of the current state government and the Ministry of Infrastructure, the construction of this building was possible.

The information module (InfoBox), is located at the main access of 5 de Mayo Cultural Center, on Boulevard Ignacio Zaragoza. Outside, the building features a public plaza, parking for patrols, a public restroom module, and building facilities.

At first, we made an intervention on the access road to the Cultural Center, creating two new vehicular and pedestrian entrances, as well as an exit that connects directly to Boulevard Ignacio Zaragoza. This intervention allowed us to create a new terrain morphology, making room for new landscaped areas and pedestrian access. Thus, the central part of the area was enabled for the location of Info-Box.

The project is conceived as a floating construction, playing with the natural topography of the terrain and a light steel structure supported by concrete columns, creating a skeleton which was later clad in wood. The building generates pedestrian circulation on the perimeter, which leads softly onto the public plaza, which is located at the front.

The public plaza was created through a platform covered with 45x90 cm gray and black prefabricated concrete pieces, which remained regular where the level is continuous, and were moved where the slope began to vary, these last pieces were mixed with vegetation that appears in lines parallel to the main building. The landscape project generated vegetation cells which concentrate endemic species and create green spaces within the project, penetrating linearly the public plaza. The public restrooms were designed in an independent module, located between the plaza and the main building, built in a traditional system of concrete clad in 60x20 cm vertical local marble pieces.

The info-box was designed with a metallic structure to speed up construction times, and a glass and wood lining for walls. Wood was also used on the floor inside the building. The access to the building was designed through a metallic ramp with a stone floor for easy access.

Inside the Info-Box, views are framed to the city of Puebla and over Boulevard Ignacio Zaragoza, where there is a sculpture with original cannons from the 5 de Mayo battle, which are seen close by. The interior is designed for exhibitions. The exterior circulation leads to an outdoor staircase to the second level where there is a balcony with different views, framing the forts of Loreto and Guadalupe among them.

The building was designed with an open plan area inside to facilitate the mounting of any kind of exhibition, and prefabricated walls in neutral colors were selected to apply a museology design on them. As part of a facility building within the new Cultural Complex, the service and storage areas were reduced in order to favor the exhibition areas. 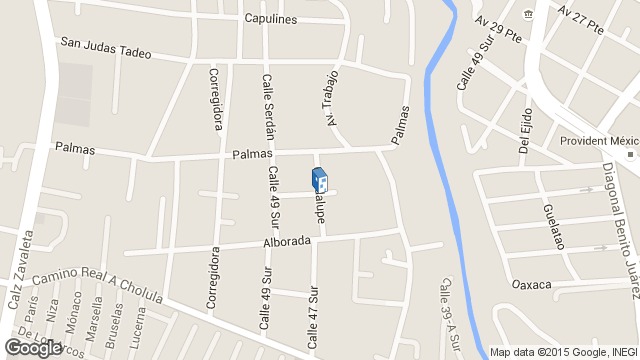