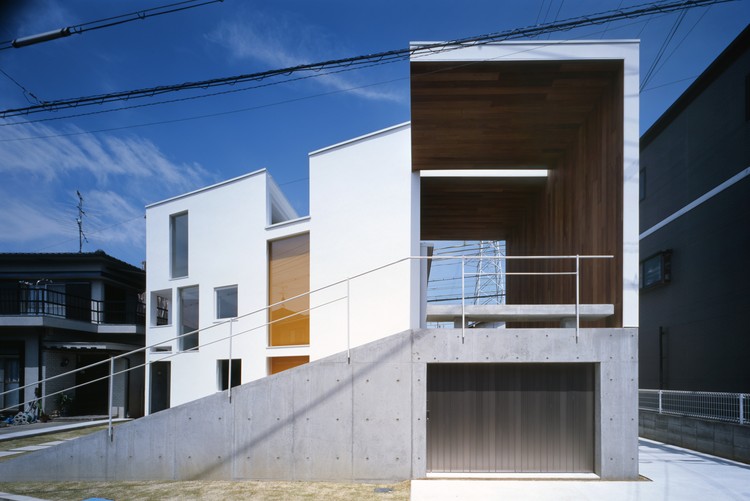 I- MANGO is an independent house for a single family, located in suburb of Osaka city. The site of this house adjoins the house of the client’s parents, so establishing firm relationship between two houses is the key of this project.

At first, they sought physical connection of two houses, but it was difficult due to the regulation and its structure. Then we decided to build the new house on the north of the site, so does his parents’ house in order to have a small sunny garden on the south side. This arrangement creates big single space on the south of both houses, so we proposed a united garden for common use of two families.

But as the common garden directly faces to a street on the south, making windows on the same side was not good to keep privacy of the family. Generally in this case, building a wall between the street and shutting the curtain could be a stereo-typed solution in Japan, but we didn’t think it’s clear way to solve the problem.

So we introduced a private terrace on the flat roof of the garage, and connected it with the common garden through a slope. Thanks to this difference in height connected by the slope, the private terrace is protected from passers-by’s eyes, though it is opened to the garden and the parents’ house. The living room and kitchen are on the second floor and opened directly to this private terrace, which helps getting sunlight and fresh air with privacy. 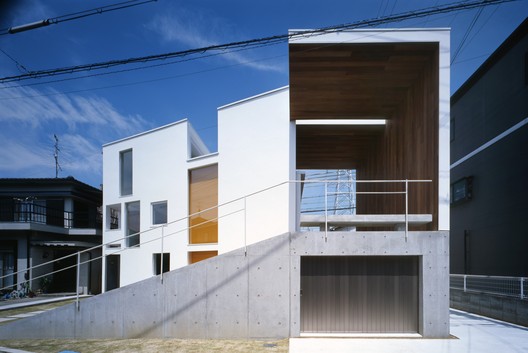