LYCS Architecture has shared drawings and renderings for their Shanghai Hongqiao CBD Office Headquarters Building, which broke ground this month. Situated in a rapidly developing part of western Shanghai and at the center of a transportation hub, the project is scheduled to be completed in 2014.

From LYCS Architecture. The Corporation Office Headquarters building is part of the phase-2 urban development scheme for the new Central Business District in Hongqiao, a rapidly developing piece of western Shanghai. The location of the project puts it at the center of car, train, and jet transportation, and is in fact the last building one sees before entering the busy Hongqiao High-Speed Rail Terminal from the south by bullet train, granting the project a significant urban presence.

The site has several challenging conditions: sandwiched by two city-designated temporary green spaces into an L shape, with a 60% frontage ratio requirement to the east, west and south, and a 24m tall highway overpass running adjacent to its north face, the building must respond to a maximum FAR of 1.60 and a height of 24m.

In dealing with these conditions, the L-shaped site was first filled in to its maximum extents as a perimeter block, then lofted up 4 stories to the building height limit while satisfying the desired program area of 13,000 sqm. The perimeter is then pushed and manipulated to create three exterior-facing spaces and three distinct interior courtyards, defining the spatial structure of the project.

Portions of the ground floor are cut away to allow for an open pedestrian circulation within and through the project, connecting the landscape plots to the north and southeast, the western main entrance, and the central courtyard space of the project. The project is divided into three main office volumes, designated A, B, and C which can function independently or in combination. The three pieces are linked by suspended bridges on the 2nd, 3rd and 4th floors. Parts of the 5th floor are offices while the rest provide an intertwining rooftop garden space from which one can access views of the landscape and courts below as well as different parts of the building. The unique elevation, composed of free-flowing modular panels, deals with the lighting for interior.

The project seeks to create an office environment as an inspired place, providing a variety of experiences and architectural moments to the users, speaking to the urban condition of multiplicity while harking back to the Chinese garden traditions of sequence, views, compartmental forms and spaces and a sentiment of harmony between architecture and landscape. 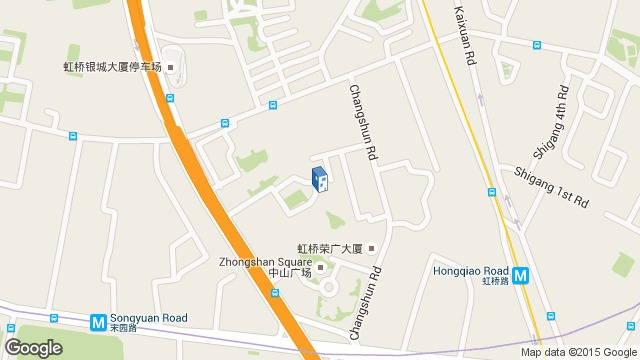