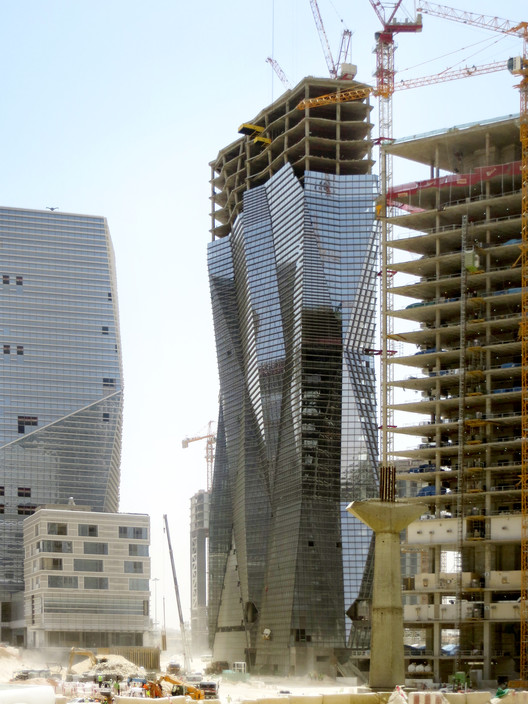 SOM is designing this new 89,000 square meter commercial office building for the King Abdullah Financial District with a façade inspired by the traditional “muqarnas” vaulting technique that results in multiple corner offices while providing the shading needed in the Saudi Arabian climate. The unique floor plate shape and façade geometry results in an office plan with up to eleven corner offices per floor, producing an exclusive office environment generally preferred throughout the Middle East.

The massing and skin concepts for the tower are driven by solar performance. The linear plan of the tower is oriented on the east-west axis to minimize the problematic exposure to low-angle sun. Elevators and other core elements are arranged along a shear wall on the south side to minimize southern solar exposure. The composition of metal panel types of varying finishes creates a shimmering mosaic that changes appearance as the sun moves through the sky. By contrast, the north side is transparent and open to take advantage of better solar orientation and preferred views. Horizontal fins of varying depths on the north façade are calibrated based on the actual quantity of sun falling on this surface. As a result, the faces which require more shading have greater fin depths, reducing glare and cooling loads. Daylight dimming and occupancy sensors are utilized to reduce lighting loads. The project has been designed to meet LEED certification sustainability targets.

The retail pavilions in the south plaza have window openings that are sized in response to solar exposure – the smaller openings occur where solar intensity is greatest and the largest occur where the intensity is least and greater visibility is preferred. The plaza planting and paving patterning utilize a contrasting graphic pattern of light and dark colors to reduce glare while minimizing heat gain at the surface of the plaza. The “dappled” effect simulates shading and augments the true shading from the array of date palms in the plaza.

The unique floor plate shape and façade geometry result in the organization of seven-storey mini-atria strategically woven throughout building, maximizing views to exterior and introducing further opportunities for offices with private views through atria to greater Riyadh beyond. The Saudi office market in particular (and the Middle East in general) prefers an exclusive office environment, with enclosed offices preferred over open workstations. The slender Muqarnas Tower floor plates provide a greater number of perimeter offices by area and the opportunity for premium executive offices in each of the dramatic, angular “facets” per floor. The north façade looks onto the Wadi, which is a landscape greenway connecting the entire development, providing a garden amenity to the tenants of the Muqarnas Tower. A tapering seven-story high entrance lobby with exposed structural shear walls connects the Wadi to the south plaza and drop-off, creating an urban gateway and pedestrian thoroughfare. 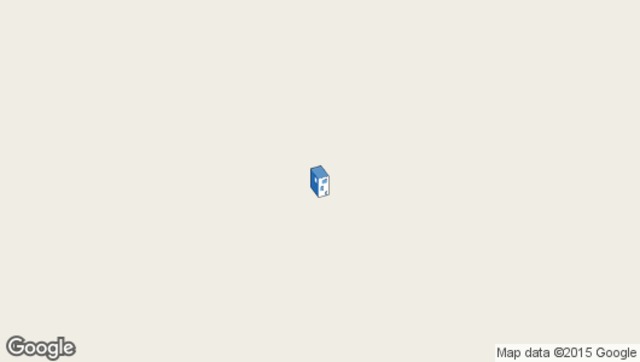