Text description provided by the architects. Last year we showed this project during its construction, now we present it completed.

The library, the result of a competition after the flood of 2006, is the first phase of the new UBB (Bio Bio University) information center, to be completed with the construction of the Computer and Information Services building, providing a new entrance to the campus.

Each project, with its own demands and constraints, is the result of a diffuse process, where multiple experiences and works are synthesized.

Enhancing the public and open character of the university, as Emilio Duhart did in UDEC, we freed part of the first level forming a covered pedestrian walkway on a wooden platform, elevated over the flood level, protected from the north winds that accompany local heavy rains.

The main operation was to empty a suspended, timber volume. We opened both of its ends to the foliage and designed vertical incisions on its lateral sides. The light entering through the incisions gives a rhythm to the interior space. Modeling natural light, we subtract three vertical voids, reinterpreting the courtyards of the former library, flooding the interior and exterior corridor with light. All of these actions allow us to build an interior landscape, where possible uses for the space are suggested, allowing various spaces for reading, between the walls lined with books and the voids of light, between the steel columns and the foliage.

In response to the poor quality of the clay soil, we designed a predominantly steel structure along with some polished, exposed concrete walls. We display the steel’s resistance to earthquakes through its diagonals, seeking a rough expressiveness , where architecture is little more than its structure, as developed by Max Bill in his sculptures that consist of columns and beams.

An underfloor heating system was designed, as well as passive ventilation, directing the natural pressure of the soft summer breezes. An exterior skin of local radiata pine was considered. 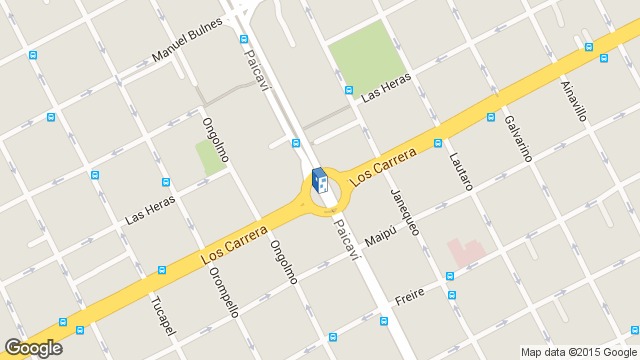