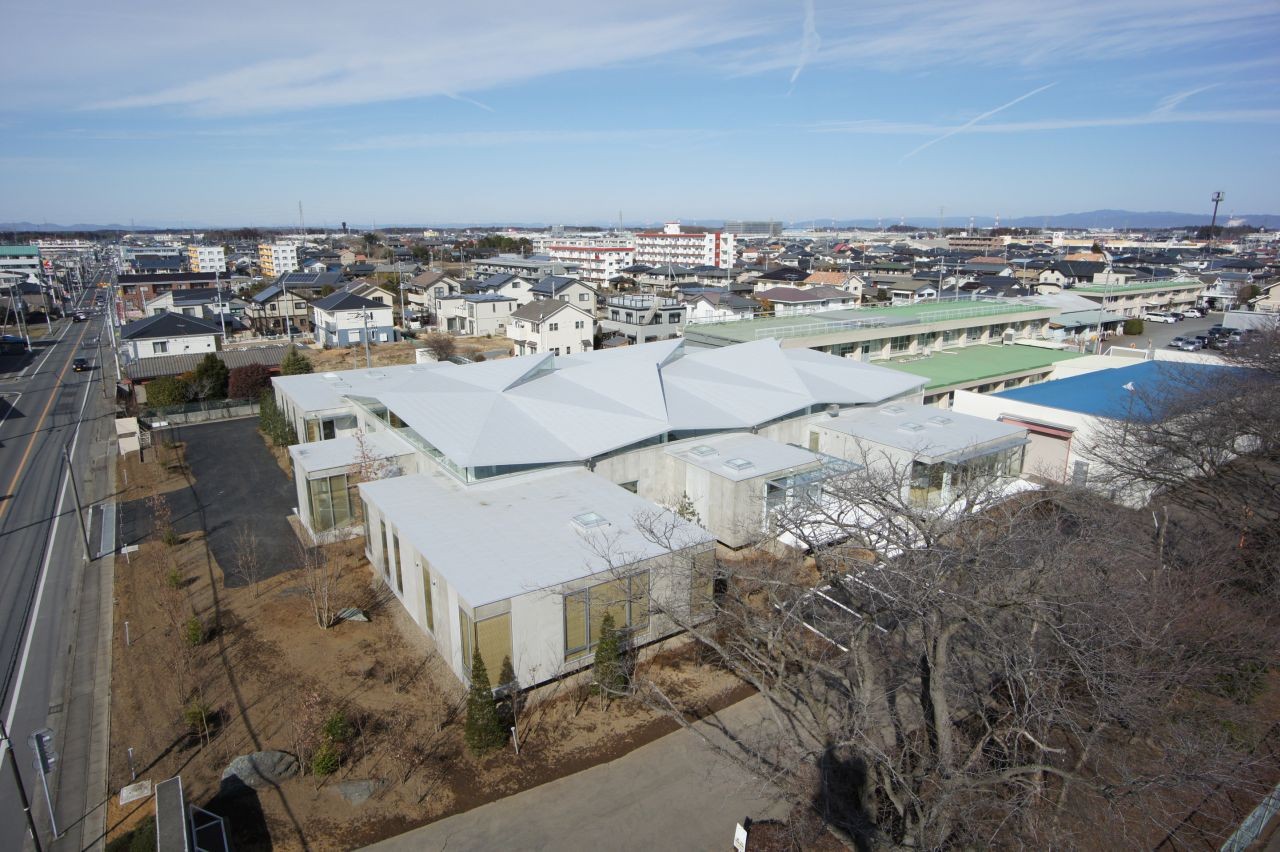 Text description provided by the architects. About 1 hour north of Tokyo by express train is a factory built in 50 years ago in Ibaraki Prefecture. It was damaged by the Great East Japan Earthquake and they wanted me to come to see the plant. When I went to the site just one month after the earthquake, the third floor penthouse was damaged as well as the large canopy that was built in 1950’s that had been a landmark in the site. The Factory was a two-story concrete structure that had supported the economic recovery of the city after World War II in the 1960s. In 1961 (when there was no ready-mixed concrete plant) the 7m cantilevered concrete canopy was made in the field. I was elated to see this daring example of post-war reconstruction created by the president of the company; this adventurous experiment clearly transmitted the spirit and tenacity of the corporation.

On May 11, 2011 after researching with a structural engineer the quality of the existing concrete reinforcement along with an extensive field survey of the existing concrete building frame, a proposal was made to do either a full reconstruction or seismic reinforcement. It was decided to completely rebuild. From that day on, we struggled with the question of what an industrial manufacturing factory should be like that will last for the next 50 years, and also what must be rebuilt or revised to meet the current building standards.

This project is a private reconstruction within the Great East Japan Earthquake zone that first required the approval of Hitachinaka City. The overall plan certification is under a new code which promotes seismic retrofitting and reconstruction of existing unfit buildings. It acknowledges that during reconstruction like hospitals and manufacturing buildings must continue functioning. This is a relatively new permit that relaxes some of the Standard Building Law, allowing the reconstruction to be done in phases. At this time the first stage which is one half of the total project is completed.

To obtain a cross-sectional configuration that will separate the manufacturing area and the production line from visitors and office workers, a terrace corridor at the same level as the USB rooms allows for a separation and a route that connects all of the program areas. This corridor allows you to have a meeting anytime you want as well as making the meeting areas visible from the production floor. At the shipping dock for completed goods the corridor becomes a bridge that allows the completed goods to pass below without interrupting the production line. Below this 1m difference in level, is a space for routing equipment and piping. Instead of rooms as warehouse do not have exclusive uses but the Pass-Box can put same the amount, which can be accessed from both sides at the corridor rim.

For air circulation two systems are collaborating; there is an outside air intake that is conditioned, and a medium efficiency air cleansing system that utilizes a swirling flow fan similar to the effect of the rotation of the earth. The USB chambers have negative pressure to keep the manufacturing area clean and pressure ventilation fan maintains a positive pressure. The building has a structure in which the large roof above the production area relies on the rigid frames of the various USB chambers are seismic elements. The slender solid steel columns have an upper and lower pin connection and carry only vertical loads. They line up in a central “column tree” recalling the silhouette of a tree.

Based on field research of the vegetation of the northern Kanto region, the exterior is designed in the image of a "bright forest" which is a mixture of species, some coastal. In the spring, together with the cherry trees that are a landmark of the area this grove is seen from a variety of views, appearing and disappearing. The result is a unique solution that is the union of recovery and modernity. This is the next generation of Hitachinaka building that will allow their skill to excel and provide a new humane and fun production environment for the next 50 years. 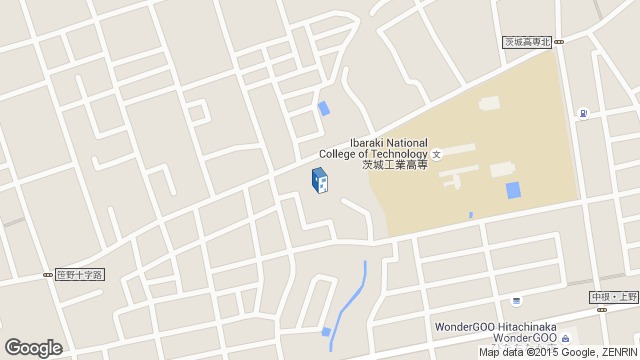