NC-Office shared with us their 'Floating Plaza' proposal for the competition that called for the urban concept and architectural design and development of Sveta Nedelya Square, in the city of Sofia. The main strategy for the project is to provide a clearly defined plaza for congregation in the heart of Sofia. To achieve this, the architects propose a plane which “peels” away from the north side of Sveta Nedelya Church and floats over Boulevard Vitosha. This ‘plane’ alludes to the historical use of that area of ancient Serdika. More images and architects' description after the break.

The competition entries were to provide a solution for transportation and communication issues, functional-spatial solution of the basic level, exposure and socialization of the archaeological heritage, architectural and spatial development, landscape architecture of the environment and monumental handling of the square and its related areas.

In this proposal, some of the geometrical lines of the plaza disposition are carried over from the angle introduced by the Roman Cardus and Decumanus and the Forum. Furthermore, we are proposing an extension of the existing underground level considering that new ruins will be uncovered and to provide a connection to the subway system. Three levels are present in the proposal; the floating plaza, street level, and archaeological level.

By introducing the floating plaza, it essentially doubles the ground plane. The intention is to have clearly defined congregation area but with a variety of overlaps between the levels; the idea being generated from Eduardo Chillida ‘Gravitacion’ series. One can see flat planes engaging in several overlaps and providing a series of layer which could in turn be read as archaeological, or perhaps even geological formations. The most symbolic aspect of our proposition is that all human interventions are a part of a larger time-frame.

Furthermore, the floating plane is split into two areas. The larger portion acts as a more formal plaza, as well as an artificial hill. The grassy area alludes to natural formations before the foundation of Serdika. The smaller portion of the plaza is conceived as a direct extension of the Sveta Nedelya Church. Geomterically it is a pure square and it could be used for open-air sermons as well as for weddings or other such services.

The angles of the incline are determined based on clearances required for automotive traffic below. In addition, the incline provides an edge for Nezavisimost Square and it defines the existing axis between the Parliament and the Sveta Sofia Statue (which we feel should be on a more substantial base)

Underneath the Floating Plaza, the sidewalk serves as the transition between the layers above and below. The edge at the Sheraton/Balkan Hotel is redesigned to become a middle ground between the sidewalk proper and the plaza above. The hotel vehicular drop off is relocated to Todor Alexandrov Street.

A new building, to the West of the Theological Faculty, is proposed to define the southern edge of the public square. From this level pedestrians have visual connections to the underground archeological passageways. To the south of the Sveta Nedelya Church, a substantial opening provides access to newly excavted ruins. A large bridge (which could also serve as a gathering space) provides a direct connection to the Theological Faculty and the Sofia Bishopric.

The archeological level consists of two main extensions from the existing subterranean level. The east extension begins at Sveta Petka Samarjiyska and its angle is derived from the Roman Cardus/Decumanus grid. This corridor leads past the floating plaza and extends south to the Theological Faculty. The other extension connects the existing subway entry and the west side of Vitosha Boulevard. The corridors are lined with small scale retail as well as information stations regarding Serdika and its subsequent historical layers.

We have considered that a pedestrian network of the underground and street levels can establish an uninterrupted loop from the Banya Bashi Mosque and the Public Mineral Baths South to the Ivan Vazov Theater as well West to the Women’s Bazar and to the West Roman Gate.

We have identified that the area contains a vast transportation network. The initial decision to lift the plaza above Boulevard Vistosha came in part because we felt that reconfiguring the vehicular pattern would not be a viable (nor successful) solution. We are proposing to keep the existing tram. In addition to strengthen the existing connection to the subway we are proposing the extension of the archeological level revealing ruins to the south of the Roman Forum. Underground parking has been provided which can be accessed from Saborna Street and Sveta Sofia Street (this structure will be ‘sandwiched between the newly uncovered archeological ruins and the new North-South subway line.

Because of the complexity of such a site, we have also studied other public spaces which have similarly complex contextual issues, such as Times Square in New York, St Marco in Venice, Piazza del Campo in Sienna, or Freiburg. We have drawn several such public spaces at the same scale and as you can see this newly proposed floating square is meant to become a contemporary identity for the center of Sofia. 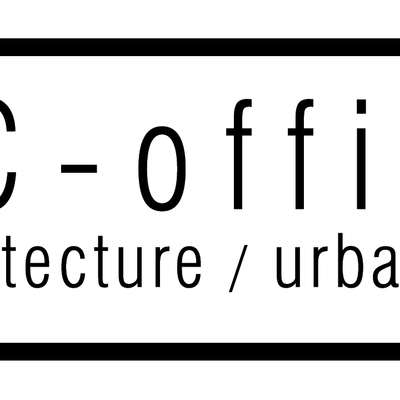