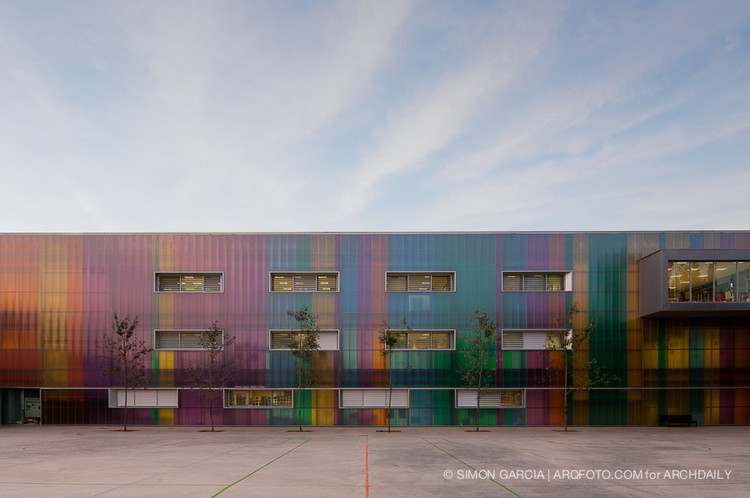 Text description provided by the architects. The project consists of a set of buildings that are developed around a central courtyard in "U" shape. Three clearly identifiable volumes that harbored two independent centres of education (infant and Elementary). The program and the orientation conditions the creation of two separate buildings joined by a third body that will host the common facilities.

Primary education center will occupy the building of greater volume in three floors, with a linear development through a corridor that divides the plant in two bays, on one side, the area of services, on the other, and facing South, classrooms, ensuring the absence of glare and the maximum brightness throughout the year.

The cladding of the building is solved using a light facade system consisting of two curtain walls: Polycarbonate exterior and glass inside hosting on your camera steel structure and facilities, solving the thermal and acoustic insulation. Exterior finish of facade is solved with a system modular cellular polycarbonate without views bindings, by applying a selection of colors using vertical stripes that stylize the building and create a dynamic and interactive game around children. The library located on the top floor comes off of the plane of façade and flies on the patio allowing a privileged position on the views.

The Centre of early childhood education in a position opposite to the primary, develops again in a linear building but a single plant. Light and scale allow you to create environments appropriate for minors. South-facing classrooms have several elements of Sun: the use of an alero-porche that provides required shading ability and some lamas as a sunscreen. The baths are located in facade, allowing ventilation and natural lighting. A third volume, blind and in concrete, joining both centers under the supplementary programmes (gym, changing rooms, facilities, etc...)

A building with two large open spaces of overhead lighting thanks to the roof skylights that introduce natural light. With the above is connected by two porches that cross it transversally generating the vestibules of access to both centres (primary and infant). 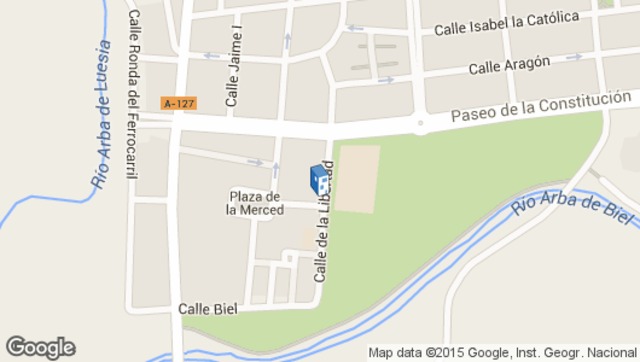 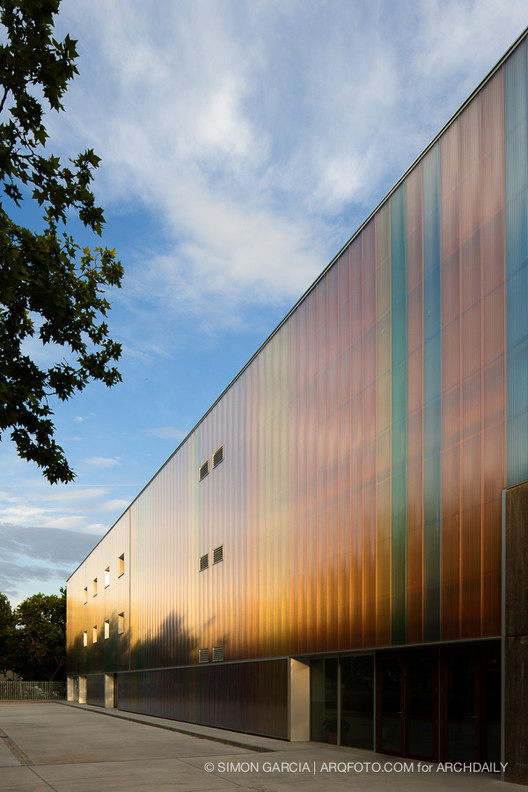 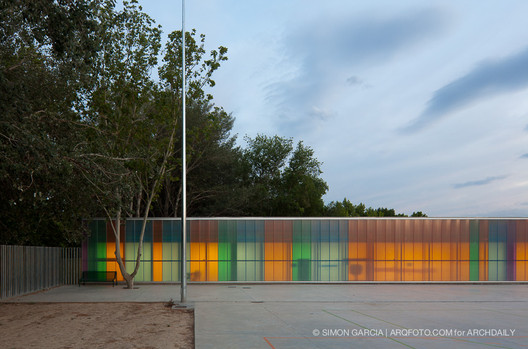