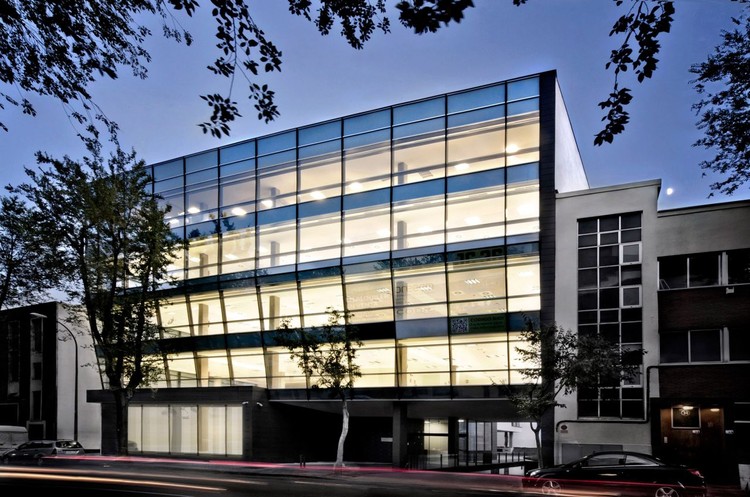 Text description provided by the architects. Ergonomics, Practicality and Context, are the three key terms for this future property, located on Calle Julián Camarillo nº36, in Madrid’s San Blas district. The land is currently classified for industrial use, in conjunction with tertiary office use. The plot has a total area of 1,480 sq m, and is more or less rectangular in shape. The side that fronts on to the street slopes slightly, but overall, the plot is flat. The plot is located between two party walls (east and west laterals and the back of the plot) and is bordered to the north by Calle Julián Camarillo.

The “L” shaped, 5-storey property (18.80 m) is aligned with the street and has a 3 metre setback from the party wall on its longest façade, leaving a landscaped open space inside. This space will be used as a garden, with a combination of hard surfaces, green areas and stone gardens, as well as a few reasonably sized trees and various local indigenous herbs and plants towards the back of the plot. A bicycle parking facility will also be built, as well as a restaurant terrace, which is associated with the retail unit and located under the covered under section of the building in the garden area.

The structure of the property emerges as a compact block, without setbacks or overhangs in its upper floors and is set over a base that houses the retail unit (glazed at street and internal garden level and blind at the entrance). At street level, the retail unit’s cantilevered geometric edge clearly stands out from the main property façade. The northern and eastern façades are the main façades and the southern and eastern façades are secondary. The main façades, which are the ones fronting on to the street, are glazed curtain walls that fold inwards in the middle section of the northern façade. The remainder of the façades have ribbon windows that break up the façade every 1.5 m, which are naturally ventilated via operable bands between the windows, which then become full height panoramic windows for the meeting rooms and other important spaces on each floor. 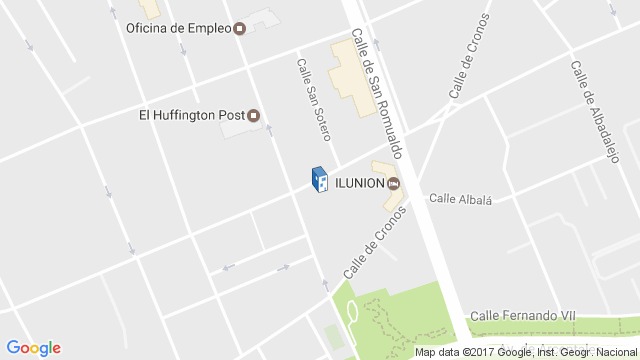