Save
House in Isfahan / Logical Process in Architectural Design Office 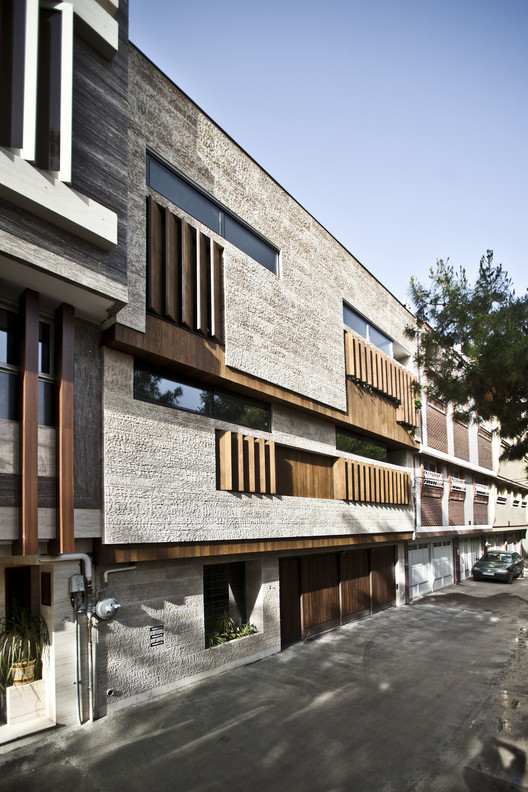 Text description provided by the architects. The creation of architectural projects with innovative ideas, usually comes from special economic conditions, unique form of site, various demands of employer and such issues; however, our cities, Neighborhood, alleys are being formed by buildings which are being built in the same dimensions and predefined non-reviewed economic and physical programs.

The municipality constrained rules, particularly in cities, reduce the presence of architects to minimum and their role mostly limited to design the details of facades and compositions of materials.

Having worked on these rules and reformed them to prospective ideas in this project, we came up with new ideas which were not only lead to design the facades, but also created new qualities for living.

This project is a residential building located in Isfahan. It is designed with a prevalent template includes two units on the first and second floors and a basement suit, in a 11m * 26 m site which 60 % of it is permitted to be constructed.

The municipality rules command that opening in north facade must be designed 170 cm upper than the level of the floor, any opening under this level is forbidden because of the view to northern neighbors.

On the other hand, in the northern west direction of the building, there is a local park which can be viewed from the inside of the building by 45 degree rotation.

In southern facade, there is no limitation in opening, but in routine projects, usually the openings to the yard are placed in height levels in most of which connection between gardens and inside of buildings are not considered.

Therefore, we try to organize our elevations through redefining the openings in various levels and layers responding to these following matters.

Controlling the view to the northern neighbors and considering municipality rules besides creating a semitransparent facade.

- Observing the local park in the northern west side of the building.