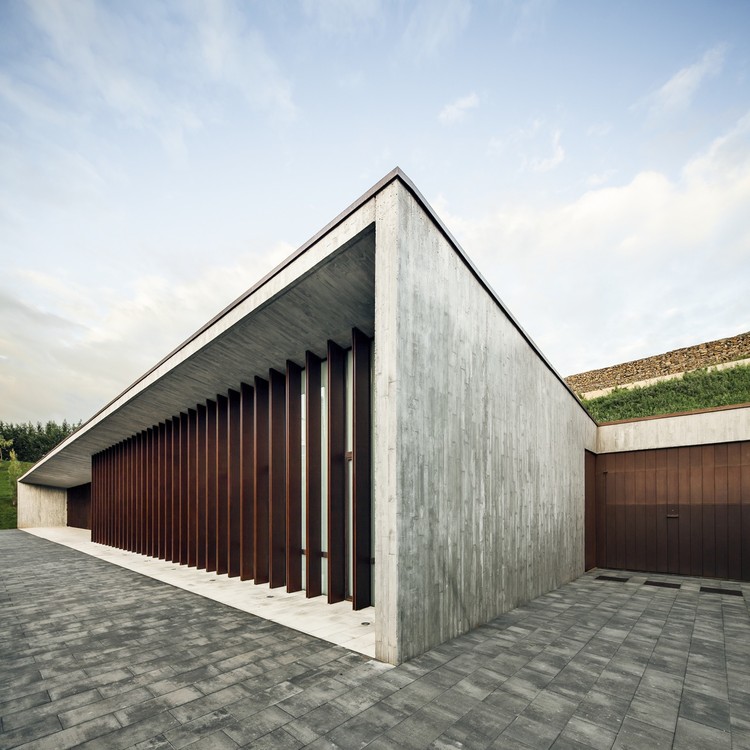 Text description provided by the architects. The proposal for the new funeral home in Sant Joan Despí arise from understanding the intervention as the end of the urban ensemble formed by the Fontsanta park and the existing cemetery. Its location is based on the following criteria:

The building integration on site parts from the adaptation to the existing topography, with a set of pitched roofs on the terrain. The vegetation treatment of part of these roofs pretends to fade with the adjacent green slopes and improve the vision of the ensemble from the perimeter streets, on a higher level. With this strategy, in addition, the apparent building volume is reduced, lowering the vision of the construction and increasing the green surfaces.

The 700 sq meters floor plan of the building, lays out an organization in two areas clearly differentiated, by a public area composed by set of rooms designed to serve the users of the facility and a private area composed by the needed service rooms for the deceased preparation and the coffins movement between them. A system of patios completes the layout of the floor plan, these patios organize, rank and illuminate the spaces and establish filters between different ambiances.

The structural system is composed of walls and reinforced concrete slabs formed with pinewood boards and corten steel pillars made of flat bars. All these elements define the building image and character providing simplicity to the materiality of the piece. The materialization is completed with natural stone pavements and wooden vertical facing producing interior warmth. The steel pillars generate a light gradient, establishing visual filters and protecting the interior from the direct sunlight.

The materiality generated by the assortment of exposed structural element textures together with the natural light qualify and determinate the atmospheres of each space, accompanying the visitor’s mourning at every turn. In this way each space is illuminated by a specific light different from the rest. 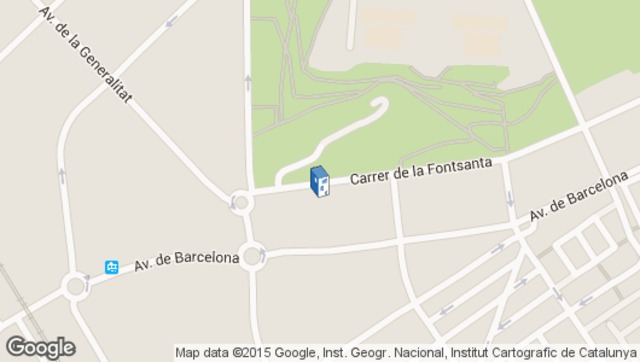