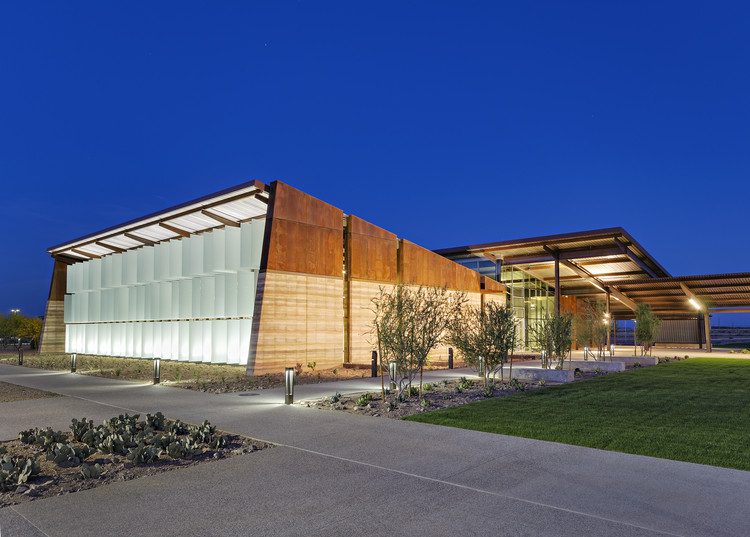 Text description provided by the architects. This new ground up campus aims to create a unique and authentic identity for the growing Central Arizona College and to elevate its brand in the higher education marketplace while creating a highly sustainable prototype. Masterplanned for significant growth in the next twenty years, three buildings and a central plant represent an initial phase that will create a campus design language for future development to follow.

Each building strategically turns its back to the harsh desert southern sun, while harvesting northern daylight and creating a continuous shaded arcade on the south that connects the campus’ classrooms end to end. Rolling barn doors and minimal wall partitions organize interior volumes that are planned to be modular and easily removable when expansion and renovation occur in the future.

Four large light scoops flood the main student corridor with daylight in the instructional building, also aiding in ‘rural way finding’ for the one story campus that is still ‘out in the middle of nowhere.’ 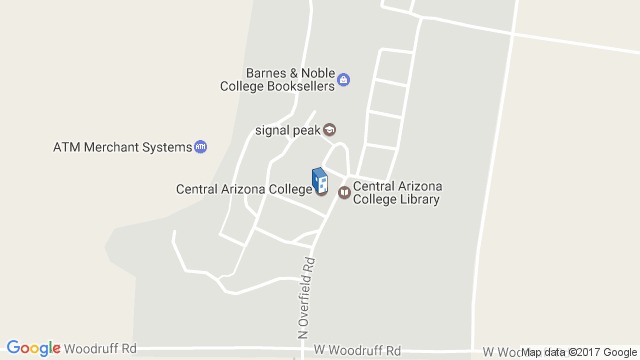 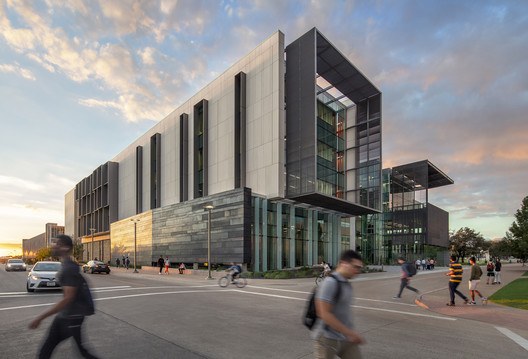