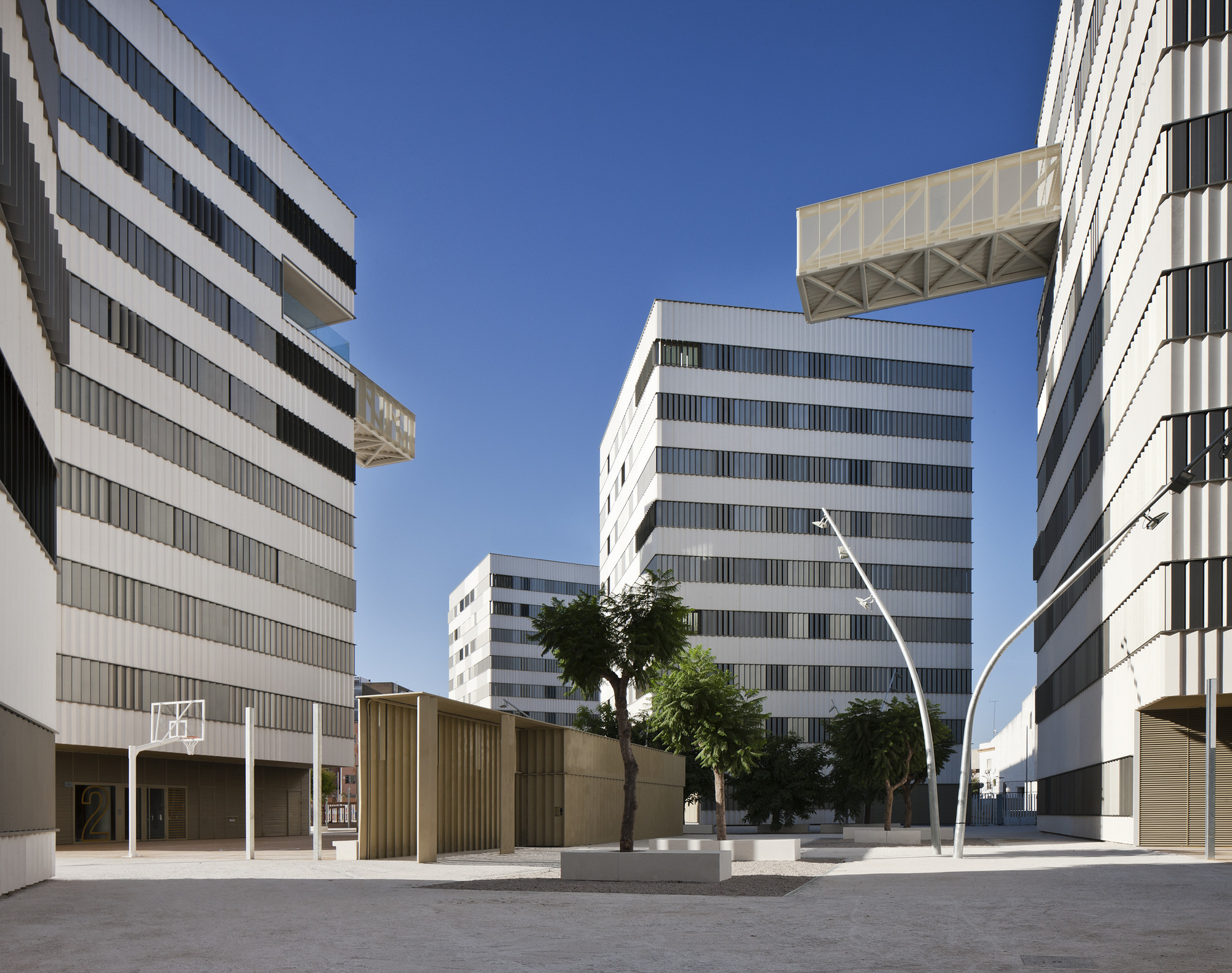 Text description provided by the architects. The Sevilla project arises from a first prize of an open and anonymous national ideas competition, which bet for a promotion of social dwelling in one of the most valued neighborhoods of Sevilla.

The proposal chose to take advantage of the maximum admissible height. This decision allowed much of the ground floor release. The pros: a better sunlight of the public spaces, visual permeability and mainly the creation of outdoor spaces that address different features of the public.

There are seven courtyard-towers with an apparently random position on the plot. However, the distribution criteria attends to the maximum distance between facades, the views from the apartments, the optimal sunlight, the plurality of those…The typology is four dwelling per core, all of them with double orientation.

On the facades, the extruded aluminum forming sunscreen slats and the prefabricated concrete are given the same texture. Thus, transparent and opaque plans appear as equals, the windows disappeared when closed, and slide and open wide...

There are different ways of relationship between users, creating two types of community areas:

-The forest clearings, wide opened to a city that participates in their maintenance
-The tower's squares, all of them with different uses _gymnastic games, basketball, skaters, awnings fair…and so on_ nevertheless inviting the users to share these spaces.
In addition, in every tower an upper public space reflects the highest degree of intimacy between the users of the different towers…a proprietary of one of those could invite its neighbors from the others to his watchtower, to his finger, outdoor spaces pointing to each other talking about invisible relationships such as smoking, chatting, stargazing. 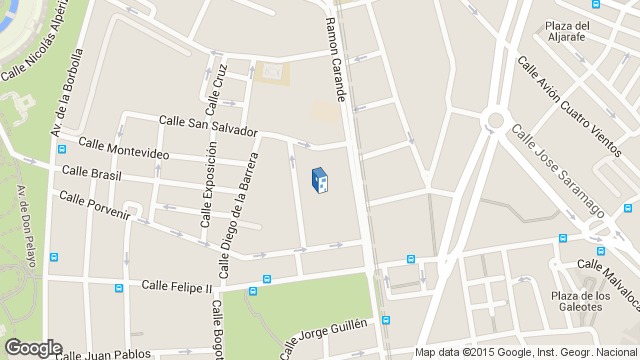