Y Design Office has released a proposal for the new headquarters of the Huishang Bank, located in the new financial district of Hefei, Anhui. The site is at the cross-section of two major roads, Yun Gu and the Luzhou Road. Yun Gu Road is the new financial street which connects directly to the new city center. Luzhou Road connects the site to the older city centers.

The headquarter consists of a 180m-tower, a 24m-podium, three floors of basement and a central courtyard with a reflecting pool.The headquarters is designed to respect the existing traditions of Anhui, but also to set forth a newer global vision. Huishang Bank pays tribute to the local traditions of the Huishang businessmen, one of the oldest organized commercial activities of China. Anhui is also praised for their rich architectural history that is well preserved in the Huizhou style courtyard houses with distinct white walls and grey rooftiles. The podium of the new headquarter is a modern translation of these older Huizhou tradition.

Four sides of the podium is made of wa (Chinese rooftiles) that slope towards the inside to collect rain. Surrounded by the sloping roofs, there exists a large reflecting pool at the center of the new headquarters. The small courtyard spaces that once defined the residential houses hundreds of years ago now shape the modern office spaces in a newer, larger scale. The inner space of the podium is surrounded by simple stone and glass façade making it appear as a strictly modern building when seen from the outside.

The minimal grid façade is continued onto the tower which cuts the podium at its north east corner. The new headquarters is designed to contrast the older traditional values with the newer contemporary ideas in a singular, connected volume. 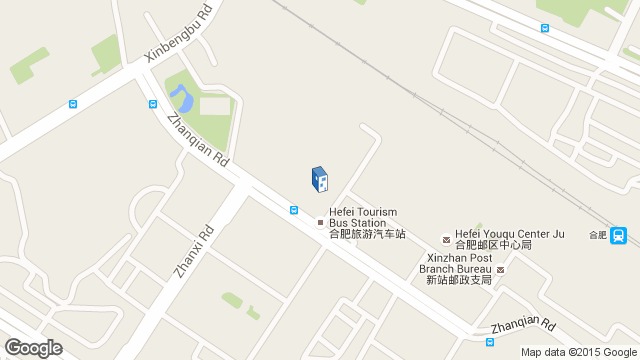 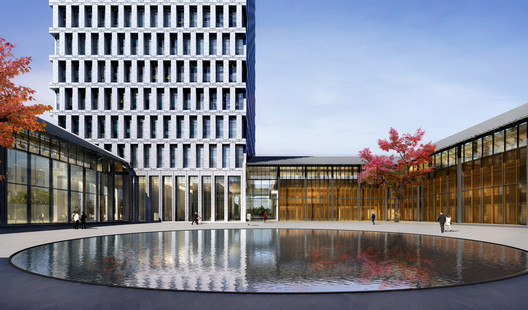