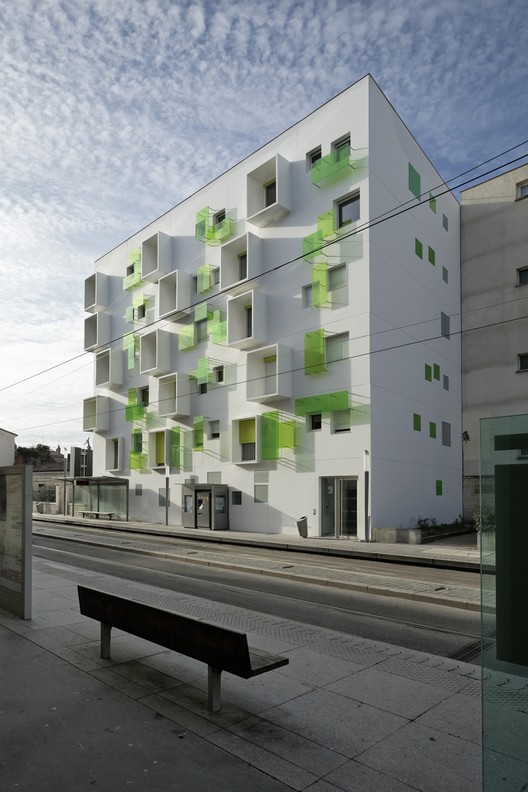 Text description provided by the architects. The project involves the construction of 66 flats in a collective house in Bordeaux. The project is divided into two buildings :

The first is located on the borderline with the Avenue Emile Counord. This building is marked by the game between the screens glazed colorated in green and the boxes in white aluminium which animate the façade on street.

By this location's choice, the project allows both to score alignment to the Avenue Emile Counord, and to create in the heart of the site, a living space largely landscaped on which are oriented much of the housing. 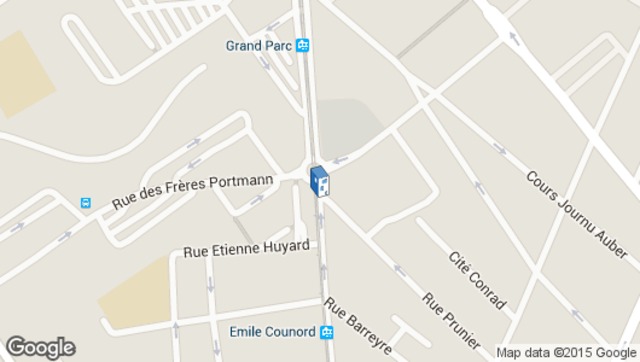