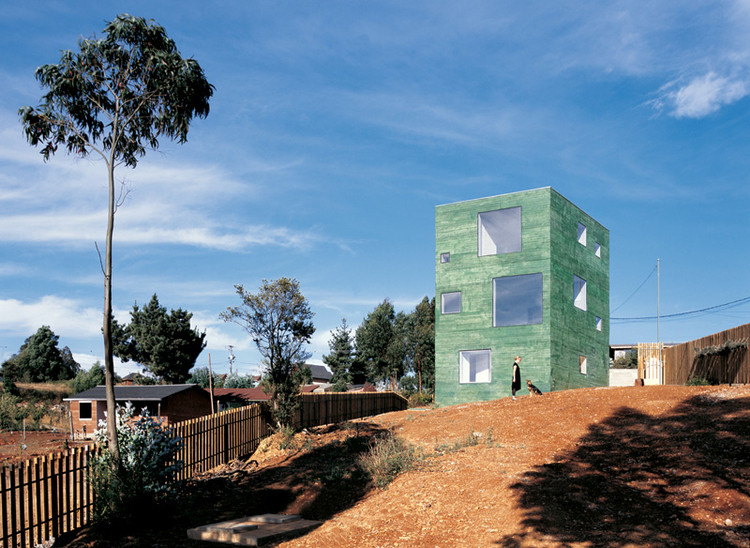 Text description provided by the architects. This project is both an exercise of formal and structural concentration. The dense program of this house for a family with four children (five bedrooms, three bathrooms, family room, studio, etc) is fitted between a regular interior duct and the surface of the largest legally possible exterior wall. The prospect of a future division of the site adds to the decision of concentrating all the program in a three storey prism on the highest point of the land so as to have vistas beyond the trees located on the lowest area of the plot.

Bedrooms occupy the first and third floors. The intermediate stage, a podium leveled with the natural access to the site, is occupied by the social and gathering activities. The continuous peripheral layout of the rooms is organized around a vertical circulations shaft that links in a spiral-like way and without corridors, all the rooms. This vertical duct is occupied by a thin folded steel sheet with wooden steps that rests in a central structural spine.

The construction is a monolithic piece of concrete dyed green with a water repellent coat made of Copper Oxide. The openings, distributed according to orientation and programmatic needs, establish varying densities in the wall that wraps this silhouette. This wall is technically composed of two independent reinforced concrete walls (one of them structural) with an insulation layer in between.

The fabrication of this wall was done in situ with the simultaneous pouring of concrete into both walls. The owners of the house, equally involved in contemporary art, once showed us the rusted and aged pedestals of the monuments found in local squares. The oxide drippings, we thought, print the surfaces with an elusive natural quality, halfway between mineral and vegetal. 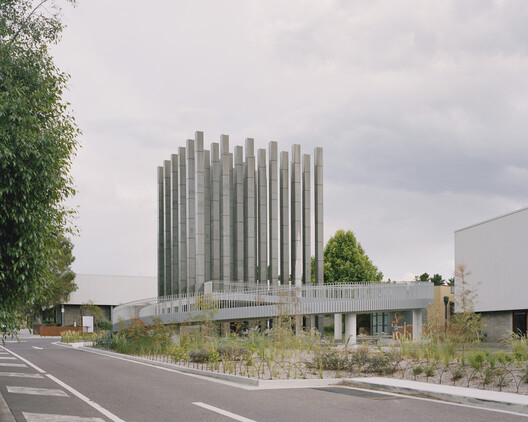