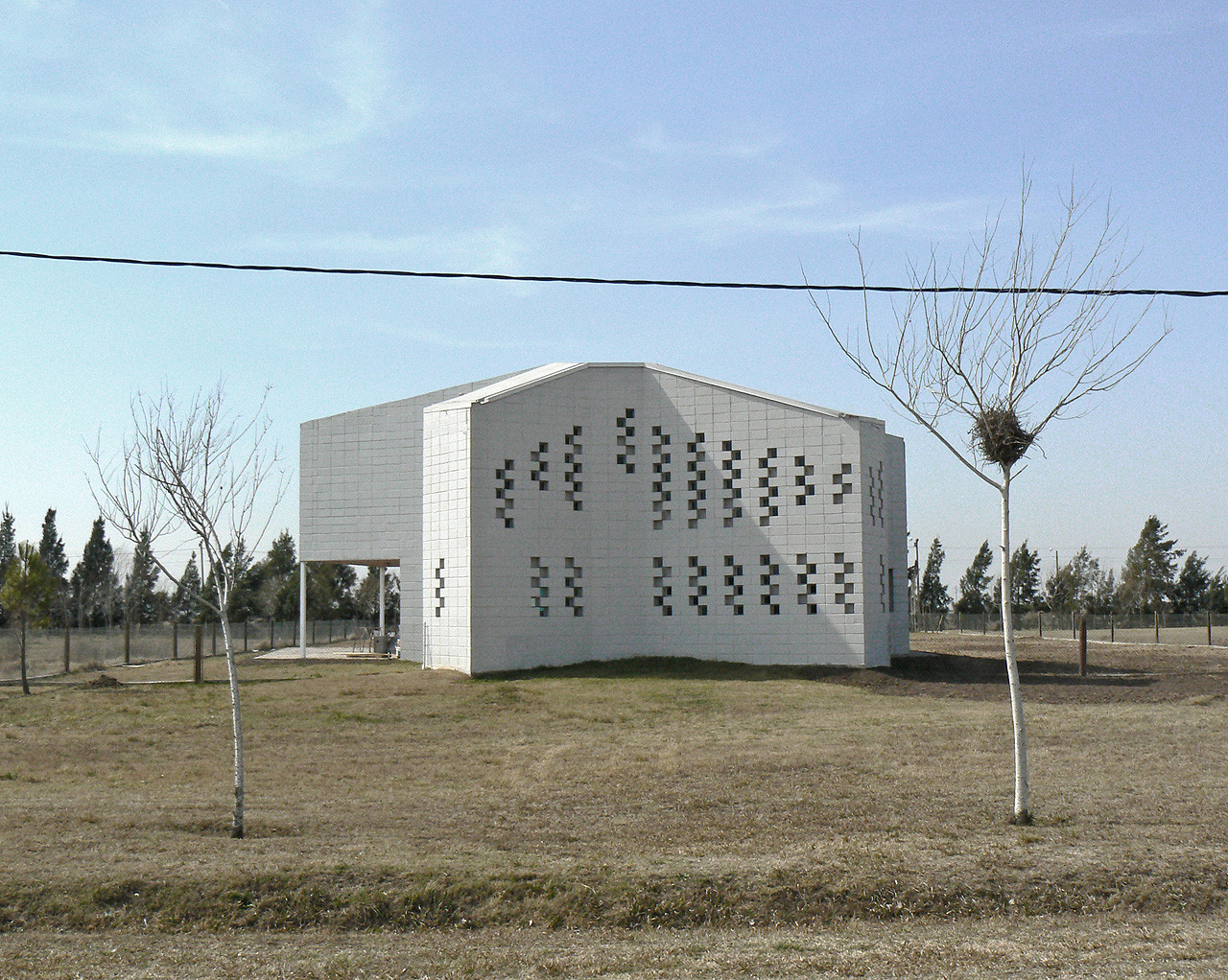 Text description provided by the architects. Its position on the ground and rooting occur around a singular appearance, anti-mimetic, that is somewhat aligned as it registers through its almost panoptic vision all possible directions of a vast, flat terrain; it is undeniably seated in a piece of green plain.

It seems upside down, it is a house with a blind, perforated facade. The service spaces give intimacy to the life of the house that opens inwards on the terrain.

The access is not perceived in the first instance. We sought, as an experience, to enter through the most acute angle of the two volumes.

It is a two storey-house: bedrooms upstairs and high ceilings, composing a broken plan with a double hook shape, generating different angles, some very sharp, always free in their movements.

We have sought the contrast of light on the breaks of the different angles, with lighter and darker shades, depending on the time of day and placement regarding the diagram of the horizontal sundial at 35º. We have designed shadow diagonals on some surfaces that dismantle the idea of a box towards the idea of an irregular shape.

Any idea of a system corresponds to a logical thinking, a support structure. Cement blocks admit absences in their repetition and constructive system that become openings that are windows, all of them built with iron and colored glass, some are operable, others are fixed and others are only blocks set back.

The staircase is a system in plywood. The horizontal plane corresponding to the thread gives stability to the lateral movement as the pins withstand much greater loads to those of a normal staircase. The gaps between the pins and the stacking achieves a sense of instability which is only apparent.

This idea of working between the systematic, the grid, the logical and the chaotic, not as such but as another order: a freer, less formal and more amorphous, is something that is becoming more akin to me, today, work after work. 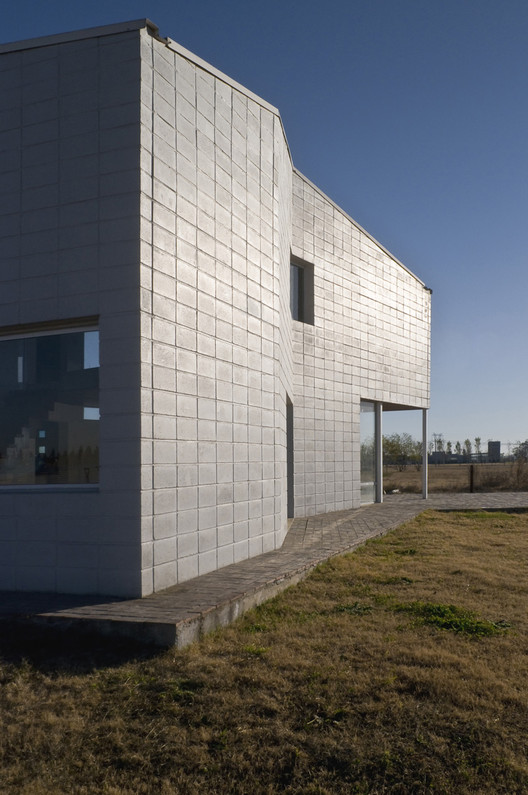 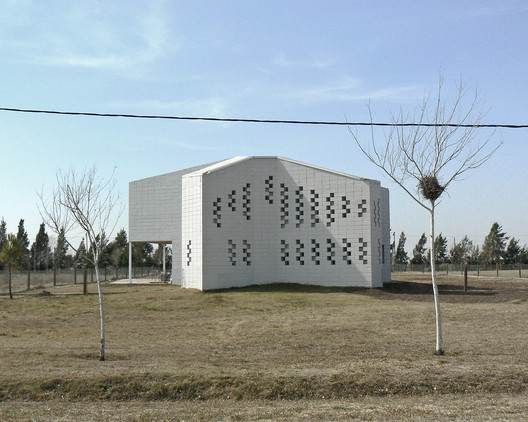