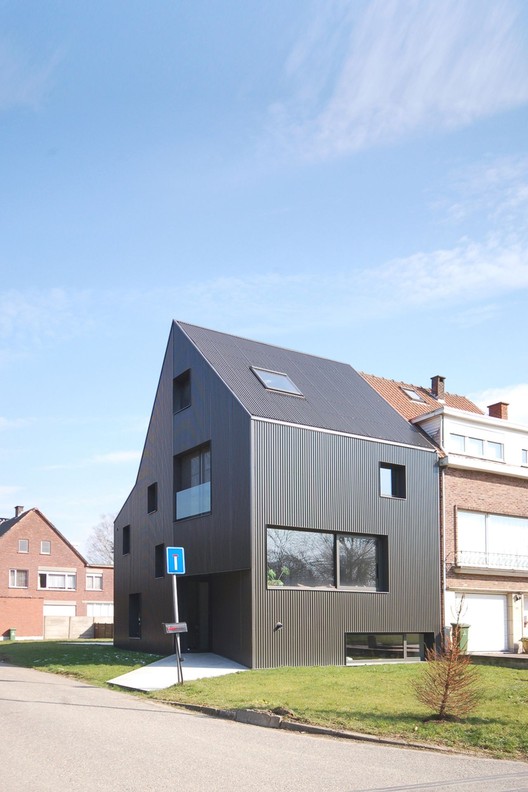 Text description provided by the architects. As a final point, the sculptural volume which overcomes the typical Flemish house was build at the end of a row of dwellings. The systematic facade behind which the neighbouring houses are hidden is in the project broken by split-level floors wrapped into a facade with random openings.

Thanks to a difference of ground level with the neighbour, the office is located in a semi-basement, turns into a living room that due to its “bel-étage”, releases a range of viewpoints and internal relations between the different spaces.

Despite its slightly inclined roof that protects the night spaces and the entrance which penetrates the main volume, the house follows the guidelines brought by the urban settlement while it pushes aside the typical flemish typology. The metal plated skin gives to the volume a certain autonomy like a block of basalt that has been created here under the influence of its qualitative environment. 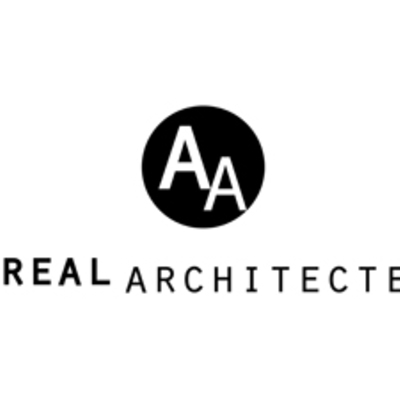