Save
Forum at the Eckenberg Academy / Ecker Architekten 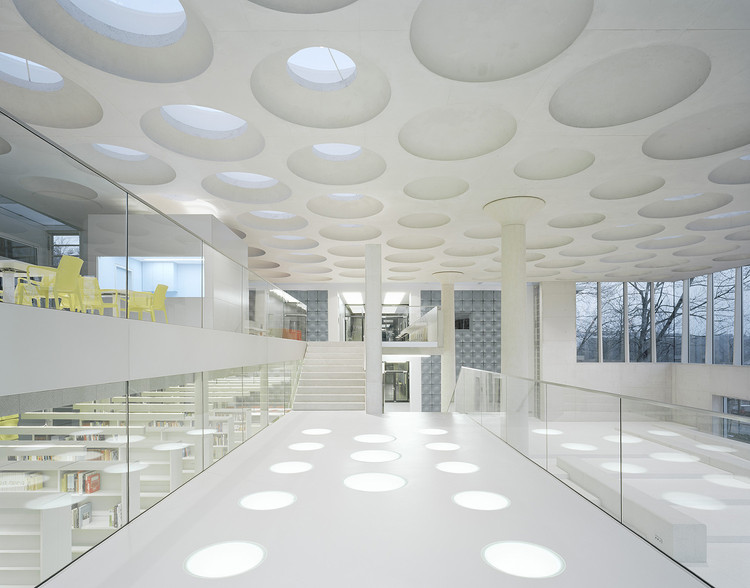 The extensive campus of the Eckenberg Academy is located on a scenic hillside overlooking the town of Adelsheim and consists of 11 individual buildings from the 1960s and 70s. The regularity of the solitary two and three-story buildings which line the slope lacks a visible hierarchy and no perceivable campus center was evident. As a result of the deficiency of flexible, unallocated indoor space, the student body had insufficient opportunities for social gathering, and the academy only offered limited extra-curricular activities.

The new Forum addressed these concerns through the establishment of a central campus hub: a new building that joins two existing structures on six different levels. It contains an auditorium, a library, various multi-function rooms, a student lounge, and a café. The building stands as a single volume with various points of entry at multiple levels and with spaces at the ground level defined by transparent partitions.

The 1,000-square-meter facility consists of three superimposed levels. The ground floor is in directrelationship to the street and the public realm.

The main space opens directly to a terrace at the street level and connects the existing classroom building to the lower level with a ramp and a broad staircase. The library and study rooms abut the existing classroom building, the mechanical room below the Mensa, and an outdoor reading garden. The west entrance provides a split-level connection to the auditorium below and to the café, lounge, and internet stations above.

The framing structure of the building is a three-axis lacunar concrete slab supported by three rotationally-cast concrete columns. The slab is articulated through a variety of cycloidal coffers, some of which accommodate transparent skylights. The coffering reduces the actual weight of the supporting structure while demonstrating the physical depth of the construction. The skylights ventilate the space, provide acoustic absorption, and contain integrated lighting to illuminate the space by day and night.

A battery of slender, tapered steel columns integral to the curtain wall façade transfer the remainder of the roof loads. A meter-wide glazed roof along the perimeter between the new and existing buildings lends a lightness to the room that contrasts with the massive character of the materials used in construction. The resulting play of light and shadow – of the monolithic and the immaterial, strikes a balance between the construction of a modern solitaire and the formation of a distinctive local building ensemble.

The Forum is a flexible building that permits a variety of uses. The main space is designed to accommodate occasional formal gatherings.

The entire enclosure is rendered in CEM-III concrete, a material whose fly-ash content presents a lighter appearance than that of standard concrete mixtures. To exhibit the beauty, economy, and character of this raw material, a large portion of the building remains as an exposed concrete construction.

The exterior cladding at ground level is a mill-finished aluminum rain-screen façade. The horizontal cassette establishes a plinth that contrasts markedly with the transparency and verticality of the upper-storey fixed glazing. Standard aluminum curtain wall profiles were polished to lend the entire building an elegant character. Exterior sun screening is hidden behind spandrel glass panels, which are articulated in order to correspond with the depth of the roof slab beyond.

The entire ground floor slab is insulated from below. In-floor heating pipes installed between the layers of reinforcing bars allow the mass of the concrete to be used for thermal mass activation. Large fields of operable glass louvers enable natural cross-ventilation. 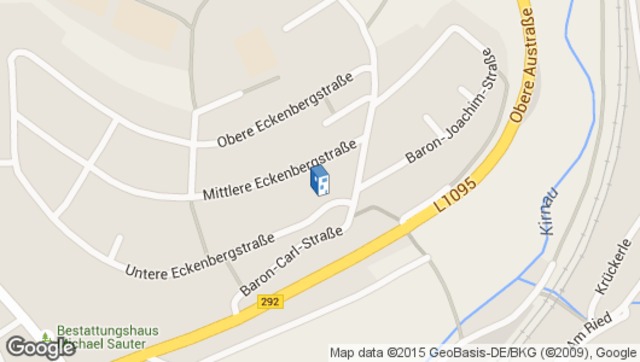 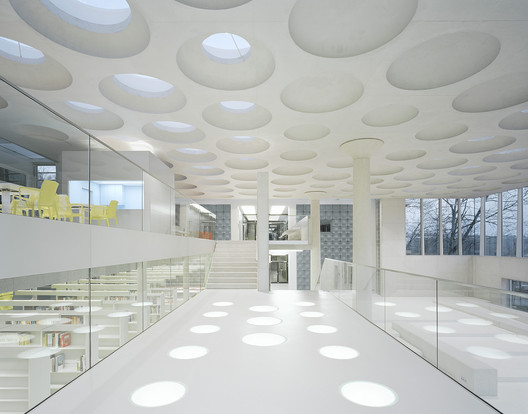