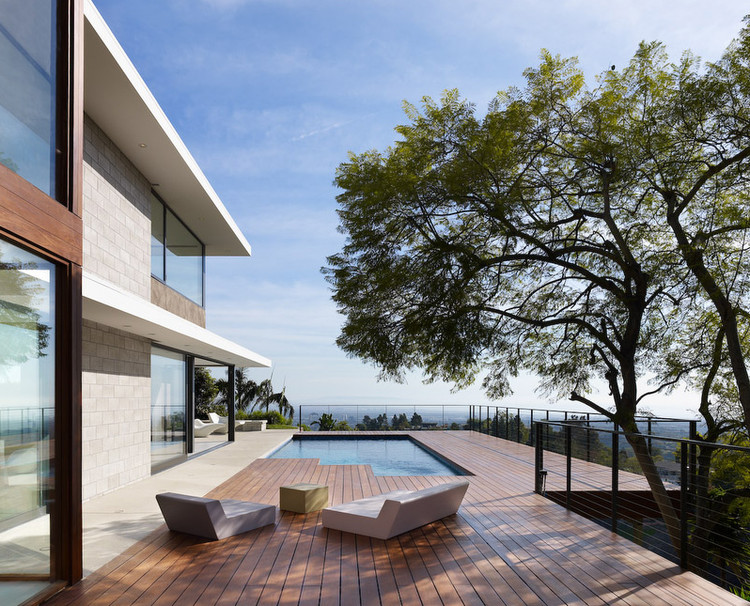 Text description provided by the architects. Los Angeles-based bittonidesignstudio has recently completed the evansHOUSE, located in the modernist landmark community of Crestwood Hills. This small modernist community, which is part of greater Los Angeles has now become an architecturally controlled neighborhood that was originally planned by architects A. Quincy Jones and Whitney R. Smith. This particular project is a remodel and addition to an existing 1957 Benton + Park home which is situated high above the city with views of the entire LA basin. The project was framed around taking something ‘modern’ and making it more contemporary.

The existing spatial condition of the house was clearly divided between public (lower level) and private (upper level) as well as fixed within a completely horizontal orientation. The major move was to carve out a double high space above the kitchen in order to animate the section vertically and allow for more social interaction. While the idea of indoor/outdoor living is typically taken for granted in Southern California, the altitude of the site allowed for an atmospheric connection rather than a connection to the landscape. As the clouds change color and are in constant motion along the coastline, the house and its materials were thought of as a canvas to be manipulated by the sky. 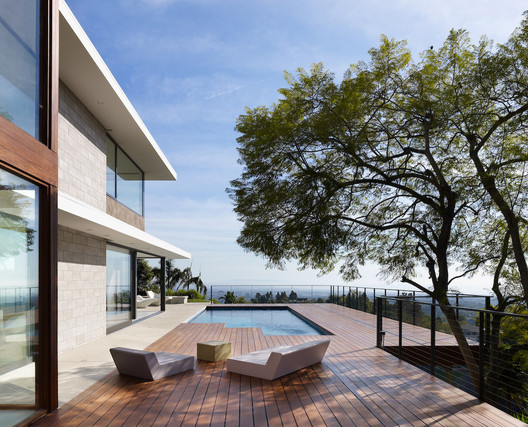