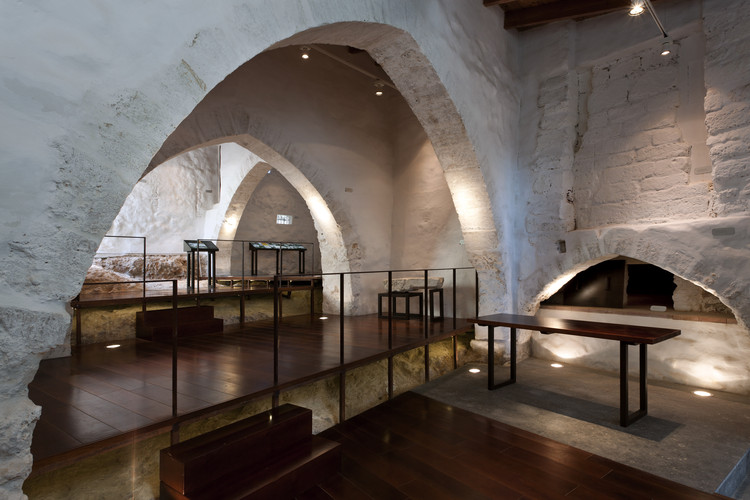 Text description provided by the architects. The “Forn de la Vila”, a bread furnace attached to the medieval walls, is one of the most important pieces of civil gothic in Llíria (Valencia, Spain). It was probably built in the late thirteenth century and according to its typology we can include it in traditional Valencian furnaces, historically named "Hornos de pan cocer."

As a result of a proliferation of private bread furnaces in Llíria, in the second half of XIXth century, the Forn de la Vila ends functioning as a furnace and it starts being used exclusively as a dwelling.

It is characterized by its lancet arches of ashlar, which start from the ground at different levels, as well as by their stays covered by wooden beams and the enclosure with a brick vault of the furnace (olla). The interior is divided into three levels separated by two central arches that are situated in parallel, there are two othertransverse arches.

In the first phase of restoration the historic stonework were consolidated and the unsuitable items, which were negatively affecting its structure and which were threatening the integrity of the monument, were eliminated. Then, the efforts were focused on the recovery of the building typology, and to enable it as an educational resource of history and ethnology, through the restoration, the reconstruction and the rehabilitation of the original medieval furnace elements (olla, chimney, fleca, alcabor, etc.).

In the cours of this last phase, the museography of Forn de la Vila was accomplished, whose main objective was to help understanding better this building, in a constructive and in a typological way, and to publish its evolution throughout the history.

The museography proposal was to turn the Forn de la Vila of Llíria into a site museum, finding in this option the ideal choice to recover this example of Valencian civil gothic architecture, and achieving that the building and its constructive elements did not lose their historical, functional and typological sense.

The main objective was the recovery of the medieval bread oven as architectural type, fact that has been achieved through a faithful architectural restoration of the traditional building systems, and its diffusion from a didactic perspective.

The different building elements, the rests founded from different ages, and many recognizable stratus have been identified to be shown and understood.

With this purpose a sign or an identification plaque indicates the item to emphasize and, where appropriate, the approximate date of its execution and its incorporation to the patrimonial ensemble.

A series of information panels will help us to understand the use and the history of the building that we are visiting. On the one hand they explain in a graphical and in a written way the operation and the different parts of the furnace, and other they contextualize the building historically and graphically. 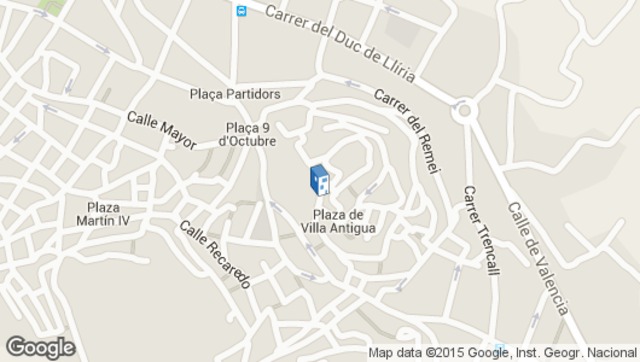