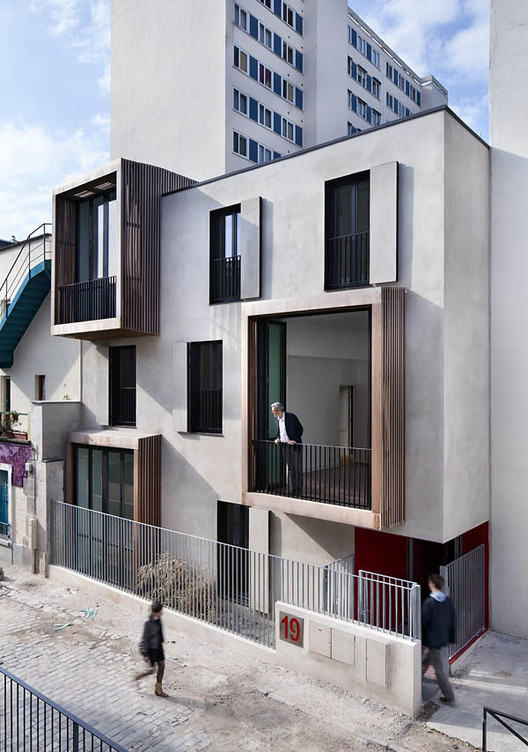 Text description provided by the architects. The project is part of a larger urban program aimed at regenerating underprivileged neighborhoods in Northern Paris. The action plan developed in close cooperation between the city, the local associations and the landlord included new and refurbished low-rent housing, as well as studios for artists and musicians.

Three plots entrusted to Moussafir Architects were sited on two narrow parallel streets separated by a long, low-rise housing block; a private garden in its middle enabled visual interaction between the two parts of the project. Built on these three plots were nine residences and three artistsʼ studios. The project was shaped by an intention to stay in harmony with the neighborhoodʼs scale and density while maximizing space and daylight available to future residents. Standards established for social housing severely restrict the size of apartments, therefore the architects decided to differentiate interior volumes, creating an added spatial value, which subsequently led to increased amounts of natural light.

Perfect alignment with existing buildings and identical façade treatment ensure contextual integration of the project, erasing the difference between the old and the new. Lime stucco echoes the texture of surrounding facades; most window openings have traditional proportions. Even the shutters are covered with the same kind of stucco, which makes the closed windows almost disappear on the facade.

The «commonplace» exterior is balanced by the singularity of living rooms. Each of the three buildings has one apartment per floor; each living room has a double (north-south) aspect. The staggered arrangement of day and night zones allows for the difference in ceiling heights: 3,40 m for the living room versus 2,60 for the bedroom. Blending the buildingsʼ outer envelopes with the surroundings provides a proper background for highlighting each individual residence with a large bow window in iroko wood that frames the increased height of living rooms. The principle equally applies to apartments and atéliers, emphasizing the fact that nowadays home and workspace tend to merge. 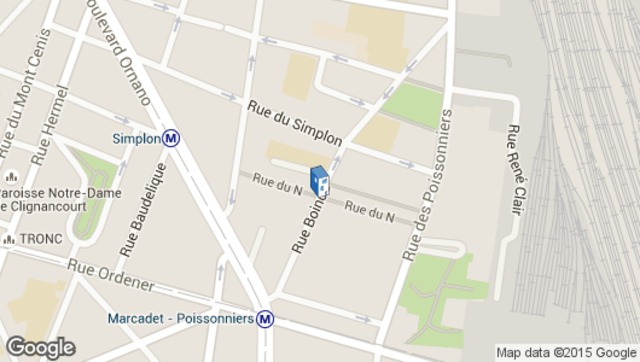