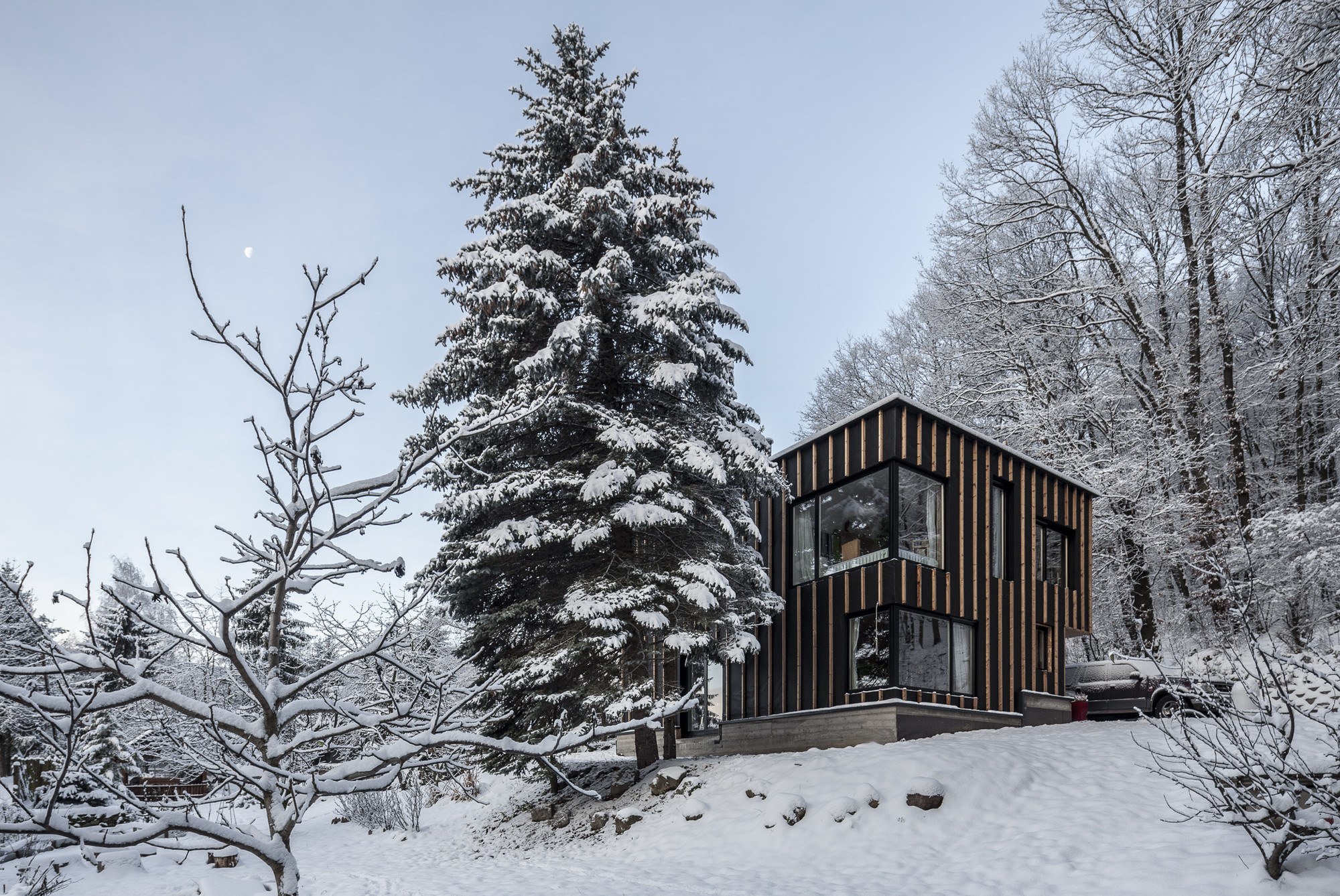 Text description provided by the architects. The structural framework of the House comprises prefabricated, laminated and glued timber panels. From the outside it is a little bit rough and unplaned but from the inside it is smooth, soft and warm. There was no question about using this as a construction material for the House by the edge of the Woods. A mere week (!) passed between sending the digital data to the manufacturer and the completion of structural assembly on site. After finalising the factory drawings manufacturing took two days, the elements were delivered in one day and the House was assembled in another two days. It was a quick, clean and straightforward job, spiced with some excitement (see the film: The Truck Crane in the Woods).

The climatic and aromatic conditions inside the house far exceed all our expectations (fresh wood smells just heavenly). This is a living, breathing structure in every sense of the word and it was occupied and populated by the Family in no time at all. At winter they heat it with a stove and a fireplace using wood coming from the nearby Woods, in the summer they air it with the cool evening air descending from the Woods, and in the morning they wake up to lovely birdsong.

The House was black even in the first sketches. The final material of the elevations was, in the end, determined by Life and financial constraints. We opted for the simplest, UV-resistant façade membrane available which is water-proof from the outside but vapour-open from the inside. Just in time for the winter the “quilted down coat” was completed, then fixed to the timber panels with boards in the summer – not to make it aesthetically more appealing but to improve its longevity. A second layer (of black wooden panels?) may be applied later on if Fate (or Technical Necessity…) wills it.

The House is in a constant conversation with its new cotenant, the Woods. Cohabitation has by now turned into a solid marriage and their days, months and years spent together are recorded by the Photographer on a daily basis in every season. He sometimes composes decent, pre-set pictures but is never shy to play the paparazzo and catch them in the middle of the night or under the streetlights. That said, in Batár’s pictures, similarly to those of Gregory Crewdsons’, even artificial / public lighting plays an important role. The theme, i.e. the House and the Woods have slowly acquired the status of Muse and now serve as an inspiration of photographic art. The series of pictures tell about intimacy, understanding and personality and form, as independent creations, a genuine milestone in the artist’s career. 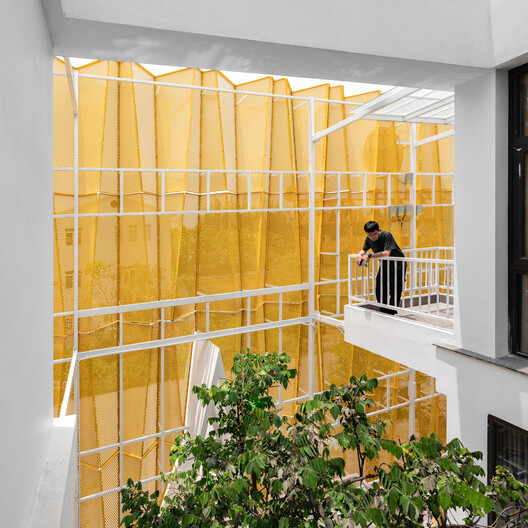