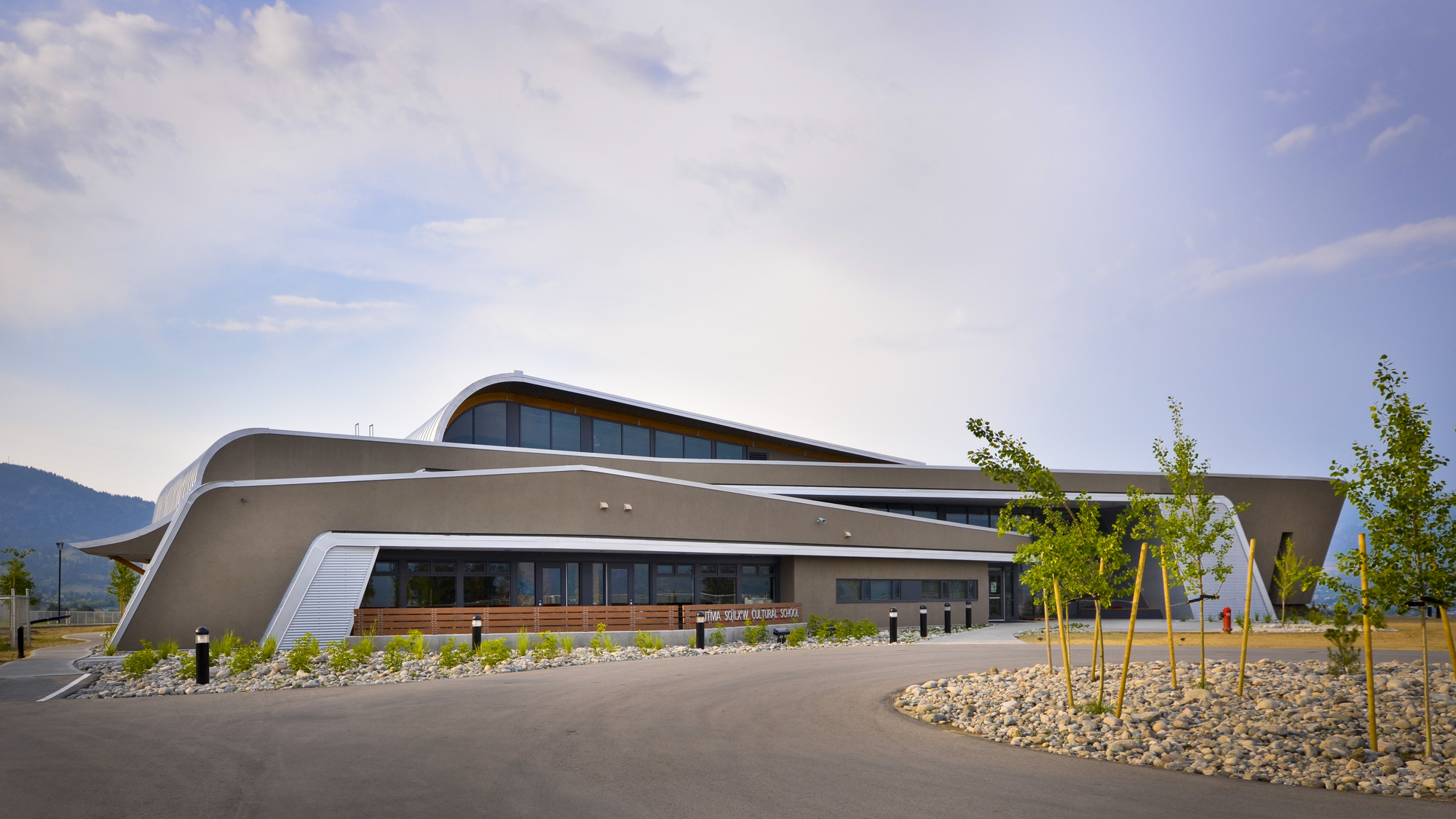 Text description provided by the architects. The First Nations community school is located on a bench overlooking the city of Penticton BC, with views over Skaha Lake and Lake Okanagan. The project is the result of intensive collaboration between the Band’s project team, the City of Penticton, and the Federal and Provincial Governments. The goal of the School was to create a contemporary space that captivated students using today’s technologies and to also create curiosity and pride for culture. The School incorporates many technologies for both learning and sustainability, including smart boards in the classrooms, video conferencing, WiFi, a low energy geothermal system for heating and cooling and more than ample natural lighting to run the School without artificial means during the day.

The building’s formal language is derived from the surrounding geological context. Unlike the Coastal or Rocky Mountains, which are sharp and jagged, the interior mountains that frame the Okanagan valley have softer lines and curves. The building captures this language, which is most evident on the west façade, where the roofs roll over and seamlessly transition into walls. At entrances these forms have been peeled back, providing shade cover and revealing the inner spaces.

The cultural education room is an artistic interpretation of the subterranean house traditionally used by the Okanagan people. The forms are meant to drape into the space and then soar upwards where a skylight is positioned with its frame out of view to convey the impression of an open structure. The space is clad in alternating bands of painted drywall surfaces and light wood slats, which roll down from the ceiling to become seating around the edges of the space. These slats will provide acoustical benefits in addition to hiding the mechanical air diffusers.

The gymnasium’s undulating roof structure is actually quite simple. The primary structure is comprised of a series of glue-laminated beams created from a single profile that is rotated one degree at every bay. Starting with the lowest slope in the middle bay, the roof then slowly increases in slope as it works its way to the edges of the gym creating a gentle curve. The acoustical metal decking spans between these beams torquing slightly as it runs from beam to beam. The lower walls are clad in clear birch plywood panels for durability. The storage areas are all concealed behind these panels providing easy access for gym equipment, chairs and tables.

The interior spaces reflect the evolution of tectonic displacement. The entrance to the library appears to have opened up within the crevasse of two shifting geological forms. This pattern reinforces the notion that this building has grown from the landscape over thousands of years and settled into what is seen today. Benches, display cases and classroom entrances have been carved out of these forms suggesting that the building was only inhabited after the structure’s masses had finally settled. The classrooms are identified by their own entrance formation, each one taking on a distinct colour, which begins on the floor in the corridor and runs up the wall and over the doors. Outside each classroom is a bench and bulletin board with the lockers located across the corridor. Each classroom has an outdoor learning area facing the city and lake view.

The new First Nations community school, overlooking Penticton, BC, draws inspiration from the landscape of the Okanagan as it subtly rises from the landscape with its undulating roofs and curving planes. By employing clean materials and strong tectonic forms the project aimed to create a contemporary space that captivated students using today’s technologies and to also create curiosity and pride for culture. The School incorporates many technologies for both learning and sustainability, including smart boards in the classrooms, video conferencing, WiFi, a low energy geothermal system for heating and cooling and more than ample natural lighting to run the School without artificial means during the day. Today the school boasts record attendance levels, at a time when other Canadian First Nation schools are reporting lower than ever attendance. 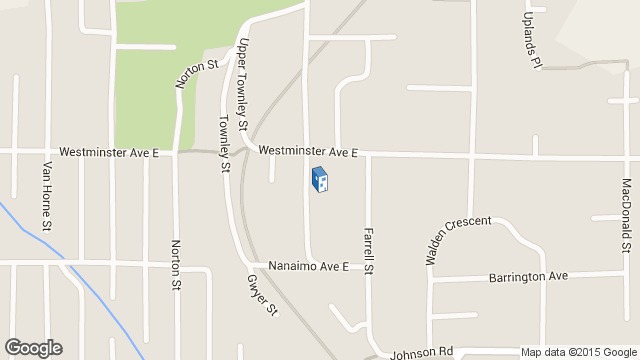 Location to be used only as a reference. It could indicate city/country but not exact address.
Share
Or
Copy
About this office
Iredale Group Architecture
Office
•••