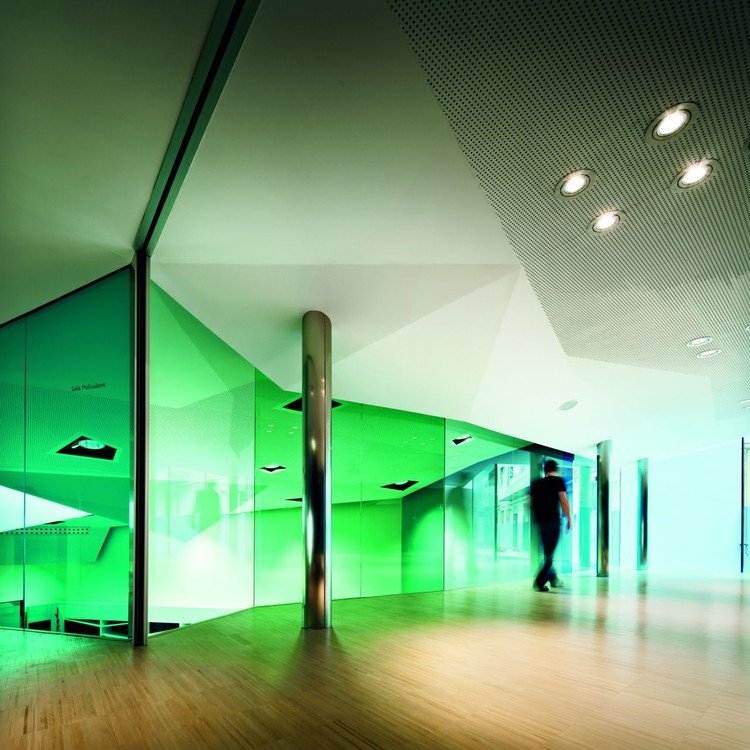 Text description provided by the architects. The aim of this project was the conversion of the existing building into a cultural and social centre, which would provide it with institutional representation. The outset was a dark, half-buried building that lacked quality spaces, placed at the interior of a block in Girona. The vast remodelling program included a 180-seat auditorium, an exhibition room, a computer room and an administrative area, among other spaces.

We decided to work on the existing building in order to take full advantage of a very expressive interior space, whilst proposing a powerful image both to interior and exterior spaces.

The pursuit of a new image uncovered a world of suggestive interior spaces. Taking the ceiling of Antoni Gaudí’s Pedrera as a model, our proposal consisted of a white dropped ceiling, continuous yet undulating, uneven, which has an expressive character of its own and is present in all spaces of EspaiCaixa. Also, Gaudí’s Casa Batlló offered some ideas for the courtyard, in the features of separating surfaces that -as in Gaudí’s mosaic tiles- are coloured in blue-green in order to provide freshness and luminosity.

The vibrant design in the interior reveals its distinctive features to the façade, which is partially painted with the same colours as the interior. Despite the contrast between EspaiCaixa and the surrounding blocks, the overall integration with the urban fabric is improved with respect to the previous building. Moreover, it becomes an inner block used and frequented by the neighbours. 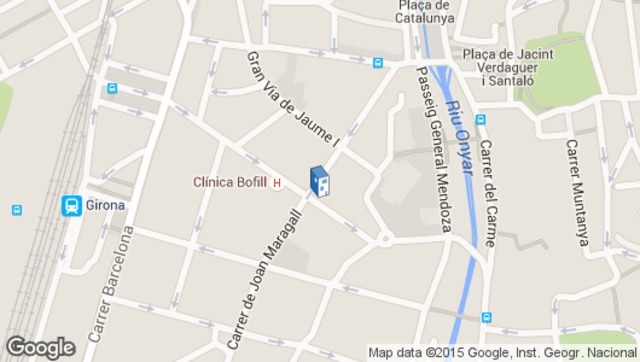