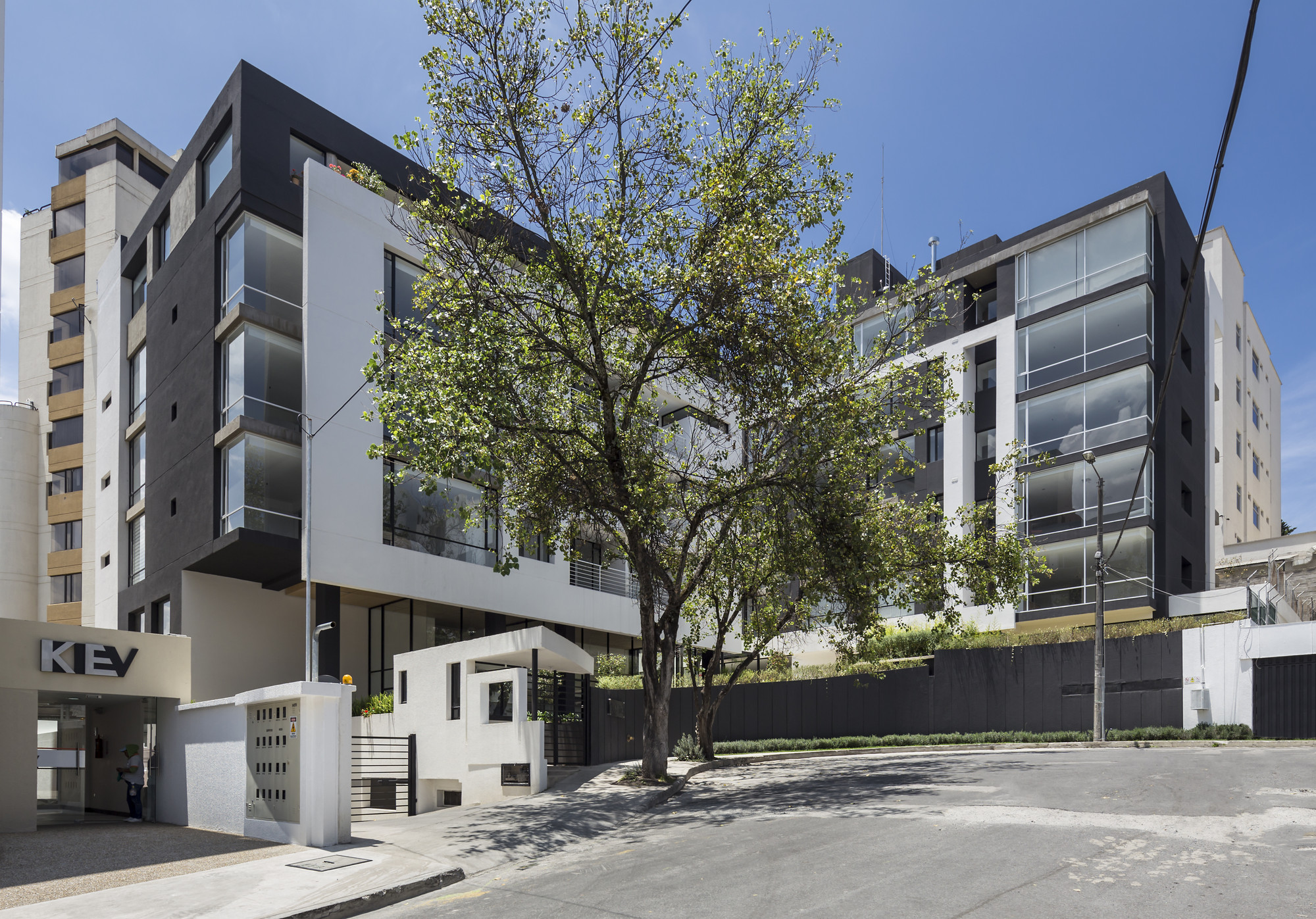 Text description provided by the architects. On a 1400 m2 lot in the heart of the north area of the city of Quito, the commission required a building for medium-density housing. The L-shaped lot has a steep slope, as the ground is depressed an entire floor between the top and the bottom. The slope is evident along the entire front of the lot. There are two important trees on the sidewalk worth keeping.

The design arises from two main ideas: First, to divide the building into two blocks laid out in an L-shape, following the morphology of the ground in planimetric and topographic terms. This indicates that the block on the upper area of the lot will be laid out an entire floor over the annexed block, thus establishing a hierarchy between interior and exterior spaces, and giving more exclusivity to the densification of the buildings. Second, to create a stepped square that serves to connect the two housing blocks, but at the same time give the project a semi-public space which visually connects the square and the street, complemented by outdoor furniture, landscaping and the existent vegetation of the street.

Towards the building, the entire length of the staircase goes up against a glass front, which spans the lobby of the first block and a common gym, both double height. The staircase creates an effect of glass being buried over the square, but at the same time connects the main plaza with the main hall. Thus, the relationship between “street”, “square”, and “interior space” becomes a sequential experience, which contributes to the integration of the project into the public space.

Finally, the design of the housing units is addressed in a linear organization, where the apartments make the most of the perimeter of the blocks and consequently of natural light, views, etc. 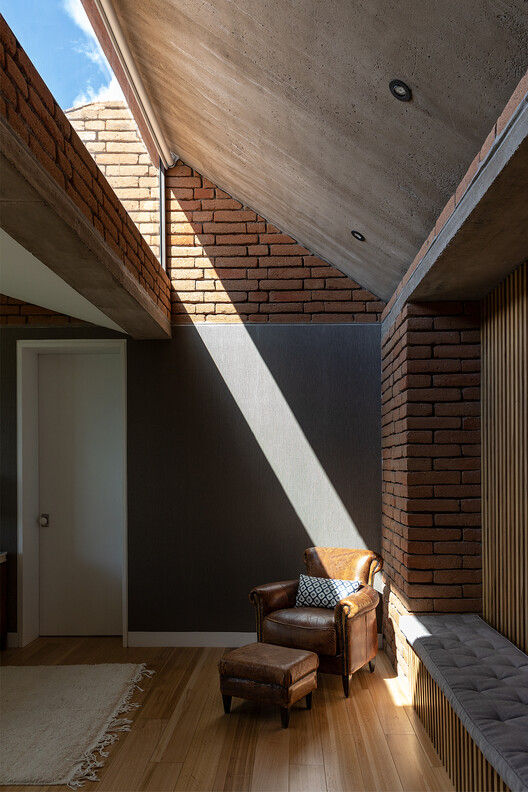