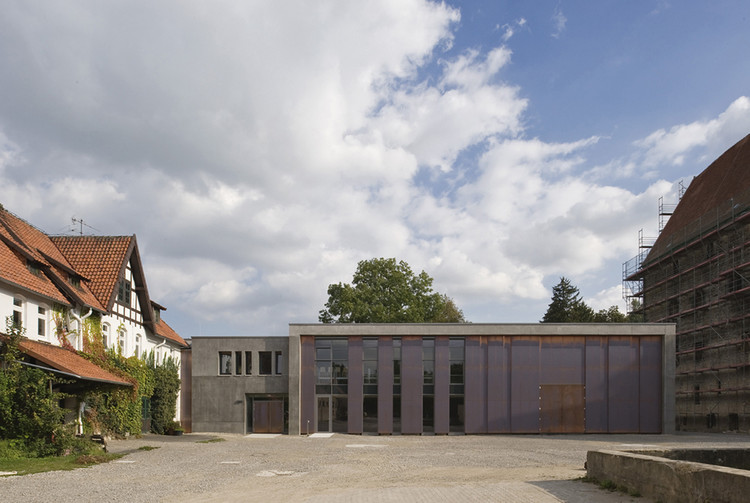 Text description provided by the architects. Implemented measures included a new theater building, partial rebuilding of a castle from the late Middle Ages, and reconstruction of the stables. The Theater and Music Department of the Hildesheim University is the user. The modern new theater building fits into historic ensemble, but still remains distinct from the exterior. A ten-meter-wide joint to the main castle separates old and new.

The façade of vertically oriented copper plates is reminiscent of a theater curtain. With the use of monolithic, 80 centimeter-thick light concrete walls and the untreated copper façade, building materials were used that are designed to last. At the heart of the Medieval castle is the 650-year-old Palas, the so-called High House with three-meter-thick walls. In the reconstruction of the seminar rooms, the visible new elements were reduced to a minimum and concentrated in individual components, such as the ceiling. The third building measure—reconstruction of the stables for the music institute—will include, among others, the construction of two-story-high, soundproof music boxes. 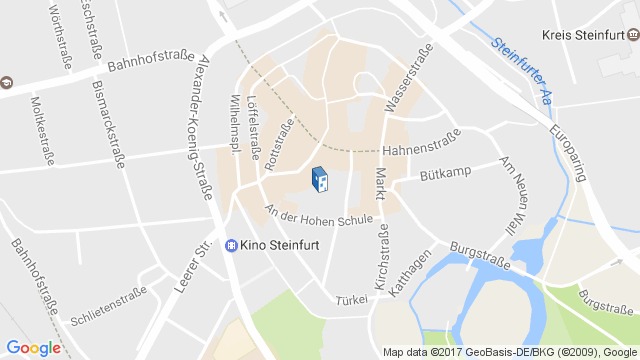