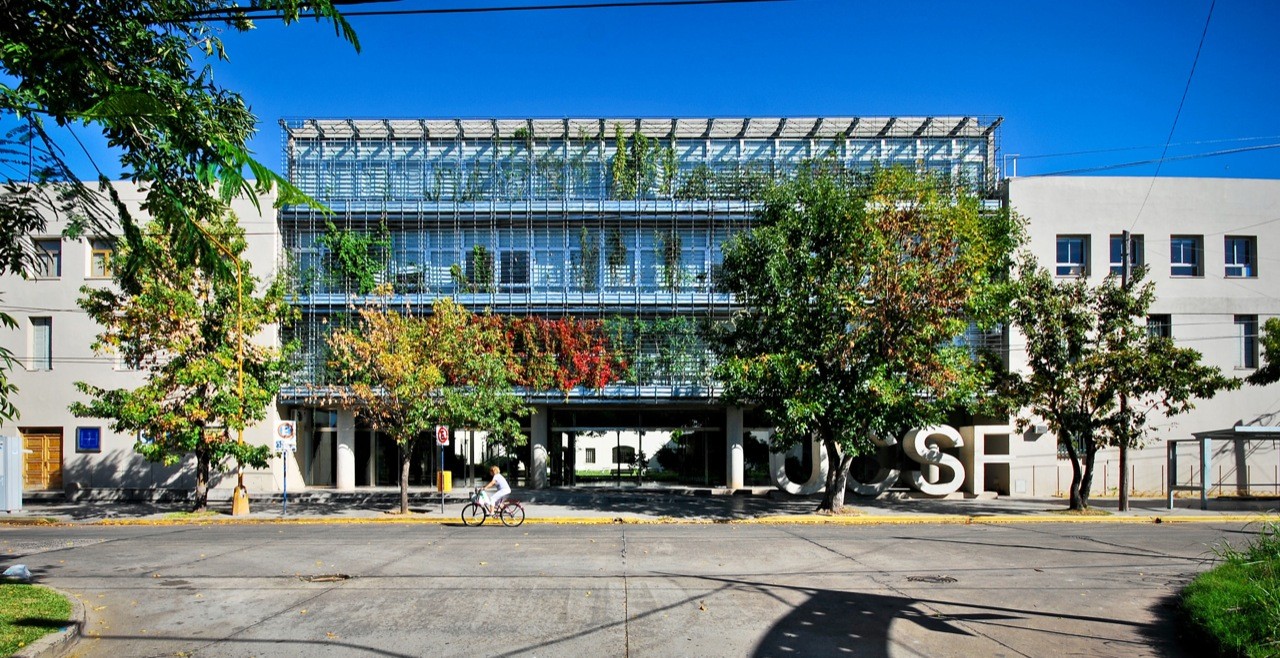 Text description provided by the architects. The university is located in Guadalupe, a garden neighborhood of Santa Fe, whose distinctive characteristics are dense forest, low building density, and the use that neighbors give the street as a space of encounter. In this context, the university building, with its pre-existing 12.000 m2 was distinguished by an architecture of a discordant scale regarding its environment. The project proposes to recreate in its expression and its spatiality some of the identity attributes of Guadalupe: the vegetation and the way of appropriating public space. The new building shifts the environmental character of the streets of the neighborhood to its interior through the use of vegetation, both in the facade as an environmental filter, and in the heart of the expansion with the presence of a pink Lapacho tree. Also, an open and transparent ground floor proposes a new dialogue between the building and the city, as an interaction between the central courtyard and the street.

The ground floor acts as an institutional access to the entire educational complex, communicating the north wing and south wing, and setting a cloister around a central courtyard. From this dialogic approach, the building becomes urban and the city defines its architecture, concepts that dematerialize the set demarcations and that propose a new way of uniting society. Regarding materials used and perceptions represented, the building recreates three sequenced episodes that correspond to three material instances: 1 – metal-vegetal, 2 – concrete-vegetal, and 3 – wood-concrete.

A first instance is materialized towards the street through a vegetal truss contained by a galvanized mesh, laid out as a shade for the facade, which benefits the interaction of the building with the Guadalupe surroundings. As a vertical garden, this metallic mesh contains the planting, irrigation and drainage systems for six types of plant species that in each season make a natural-artificial event, versatile and changeable. The building registers a second moment with a succession of spaces that express the interior-exterior articulation, linking the horizontal aperture of the ground floor with the vertical tensions generated by the interior courtyard and its pink Lapacho tree. Like a Roman impluvium, this interior courtyard solves the drainage system of the building through an overflow of rainwater that trickles through a plane of concrete from the roof to a ditch on the ground floor.

The third instance, towards the interior courtyard, offers an answer of contrast and rupture. The wooden parasols transcribe to the interior of the building a play of projected shadows and their reflections on the glazed railings, generating an intense environment where the main interpersonal activities and the encounters between the members of the university community happen. 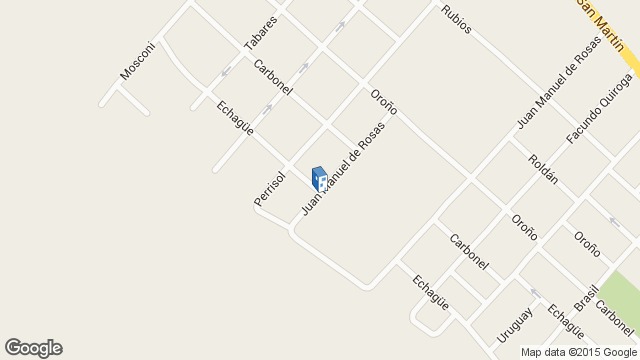 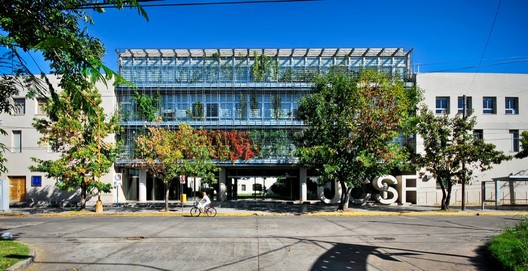 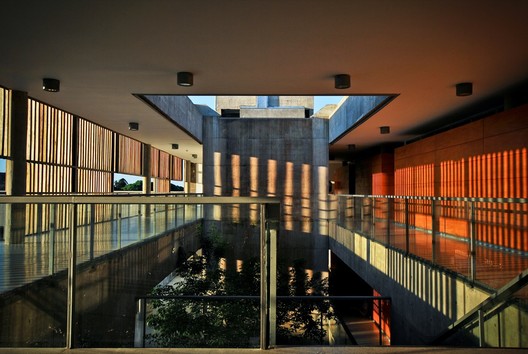